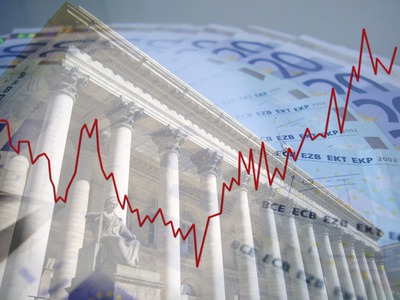 NEW YORK (Forex News Now) – When US Federal Reserve Chairman Ben Bernanke delivered his speech on Friday August 26th in Jackson Hole, he officially announced that the Fed would not be introducing another round of quantitative easing, popularly referred to as QE3, in the short-term. By doing so the US took the risk of allowing market forces to run their course before engaging in another round of government intervention. In response to the decision many economists have criticized the Fed’s decision, claiming that a third round of quantitative easing (QE3) is necessary in order to further stimulate the US economy and lead to a full recovery instead of a double-dip recession.

Well-known economist, Nouriel Roubini, who was one of the few economists to correctly predict the Subprime Crisis, admitted that, “The reality is that we are heading toward recession, and one of the few policy bullets has left is monetary policy or QE3.”

By postponing QE3, Bernanke is betting on two things. First, the Federal Reserve Chairman is betting on Washington ability to effective reform the US economic system through political action, second he is hoping that the markets will naturally move towards stability.

While the recent Debt Ceiling debate in Congress underlined how difficult it is for US political parties to negotiate during the run-up to a presidential election, the real issue is that current US economic data does not bode well.  Numerous US economic reports, such as the Core Personal Consumption spending (PCE) Price Index, the ADP National Employment Report, the Initial Jobless Claims and the Nonfarm Payrolls are set to be released this week and the preliminary reports are not reassuring.

In other words, current trends show the beginning of a double dip recession for the US economy and the Fed has announced it will be sitting out of this round, which in fact may be the best decision, since the last round of quantitative easing backfired according to most analysts. As we have mentioned in previous articles, a W-shaped recession is very likely to happen in the US in the near term, although the long-term is still promising for recovery.

Therefore overall it appears that the markets are in for another week of volatility as traders around the world will be hesitant to invest on the back of the Fed’s decision to delay QE3 until a later day. By refusing to inject more liquidities in the markets at this point, the Fed is essentially signaling that it prefers to accept natural market volatility in the hope that a natural balance will emerge instead of continuing upon a path of expanded government intervention, when it is still very unclear whether this intervention is helping or hurting the US economy and the global economy as a whole.