Too late to avoid contagion of EU debt crisis ? 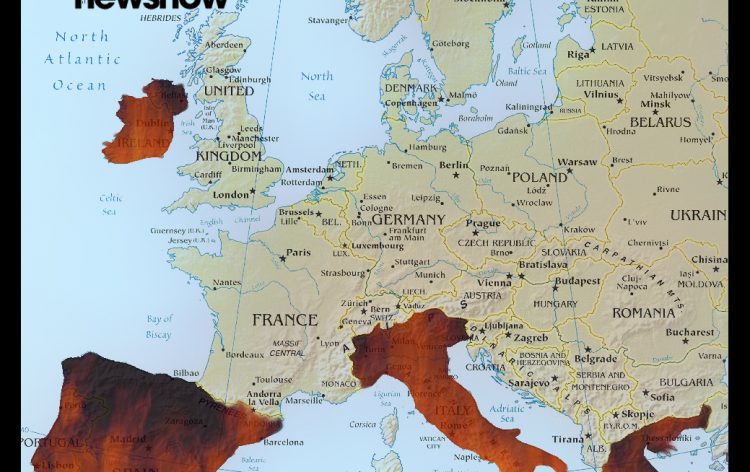 There is serious cause for concern regarding the issue of public debt in the euro zone area. Regardless of the nature of financial bailout packages for Greece and other countries, the decline in economic activity in these countries due to their restrictive budgetary policies will not allow them to reduce their deficit.

Moreover, European hesitation on executing the second Greek bailout is increasing the risk of contagion to other major countries in the euro zone (Spain, Italy, etc.).

Even if a reasonable financial recovery program is crafted for Greece and other countries, the situation will be far from stable.

Growth in these countries has been severely affected by the fiscal discipline imposed upon them and by higher interest rates on loans to households and companies which have followed the trend of public debt interest rates. This can be seen in the decline of real wages in these countries which fell by 10% year on year in Greece, 4% in Spain, and more than 2% in Portugal.

How can this be solved?

If Greece, and perhaps also Portugal, want to reduce their deficit, they need the EU states to lend them money at a much lower interest rate (maybe even 0%) and they need the stranglehold of restrictive fiscal policies that are currently required to be somewhat loosened in order to allow economic growth.

However, it is quite unlikely that these two steps will occur, which means that the probability of contagion of the public debt crisis to other euro zone countries is a real possibility, as seen already in Italy.

The solution to this crisis is will not be found by imposing budgetary or fiscal constraints. After all, if other European countries are engulfed into debt crises there will be no countries left to provide bailout funds any way!

The only solution is a monetary response: issuing low interest loans or having the IMF or ECB purchase countries’ debts. The answer to this problem is in the creation of money, and not EU member state contributions or spending cuts.