Home - Top Stories - Could the Upcoming US-China Meeting Have a Positive Impact on the Financial Markets?
Top Stories
by ForexNewsNow Team on July 1st, 2019

Could the Upcoming US-China Meeting Have a Positive Impact on the Financial Markets? 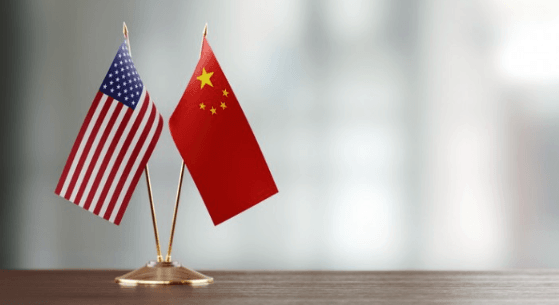 News of increasing tension between the US and China had made headlines frequently during the last couple of years since President Trump took office. Could the upcoming meeting between the two leaders in next week’s G20 summit signal the end of the long trade war the two countries have been engaged in lately? And how is that set to affect the financial markets?

It is well-known that global financial markets are largely dependent on geopolitical developments and important financial events, so any kind of major news is always set to affect the forex market. When developments occur within major players in the global economy, such as the US and China, it can have a seismic impact as they are two of the world’s most important export-import markets and home to two of the strongest currencies. So, when the US administration moved to implement tariffs on certain goods imported from China, effectively signaling the start of the US-China trade war, the forex market immediately felt the repercussions.

Trump first placed tariffs on washing machines and solar cells imported from China on January 22, 2018, but the breaking news was when he moved to implement tariffs on steel and aluminum imported from any country in the world – which also prompted a negative reaction from the EU and saw the USD-EUR pair fluctuate. China responded by imposing tariffs on $3 billion worth of goods on April 2, 2018, and the tension has just escalated from there. Altogether, the US has imposed a total 25% of tariffs on Chinese products with an estimated value of $250 billion, while China has responded with a 25% tariff on $110 billion worth of products imported from the US.

You will find more infographics at Statista

Could the Upcoming Trump-Jinping Meeting Turn the Tables?

These developments have had an impact on stock markets worldwide, and especially on the foreign currency market. Unlike most stock markets, the latter is open for more hours, operating for 24 hours a day for five days a week, which means that global news can affect it more quickly. But now news of an upcoming meeting between the leaders of the two countries has resulted in an upwards market again, with many traders looking forward to a positive outcome. Widespread optimism has helped most stock markets hold their positions or even generate growth across major indexes, including the S&P 500.

This could mean that a favorable outcome from the meeting could send both the US dollar and Chinese Yuan prices on an upwards trajectory, which is why brokers around the world are closely following the event.