Home - Top Stories - US Debt Crisis: Consequences of the US downgrade
Top Stories
by ForexNewsNow Team on August 7th, 2011

US Debt Crisis: Consequences of the US downgrade 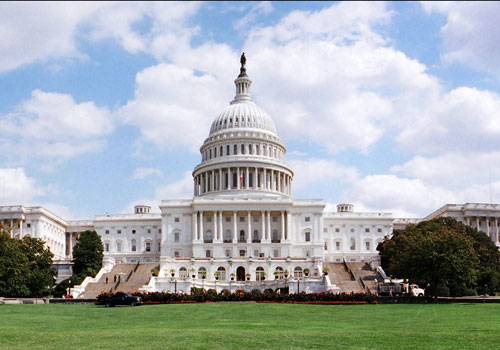 On Friday, Standard & Poor’s announced it would downgrade the credit rating of the United States from AAA to AA+.  Before the announcement it was commonly believed that the recent agreement over US debt ceiling would allow the US to avoid such a downgrade. But according to the rating agency, the agreement reached in Washington is “not enough to stabilize the United States’ debt in the medium term.”

In its commentary, the credit rating agency denounced “the gap between the political parties” and the “predictability of the decisions of American policy,” yet in doing so Standard & Poor seems to have fallen into the all too common trap of making a political judgment in the place of a purely economic one. No doubt that politics and economy are intrinsically intertwined, yet the fact that the two other credit agencies have not downgraded their US ratings, signals that Standard & Poor’s may be going out on a limb with their decision, perhaps in an effort to be “ahead of the curve.”

The White House’s indignation is therefore quite understandable: the President had just finished mediating an end to the debt crisis and felt confident announcing to his fellow citizens that the U.S. was finally able to confront the country’s debt issues.

The immediate consequences of S&P’s downgrade:

There are also many international implications emanating from this decision. First and foremost, the announcement comes at a very bad time for America’s strongest allies, the economies of Western Europe. On Friday, the debt risk premium for Italy and Spain increased to one of the largest gaps since the creation of the euro, due to concerns that the two countries could be dragged down by the Euro Zone debt crisis.

In addition, the US’s up and coming global rival, China, is using the announcement to call for the replacement of the dollar with a new global currency (presumably China’s own currency, the Yuan). China seems to be taking this opportunity to shake global confidence in the US economy, while also seeking to deflect ongoing US criticism that the Chinese artificially undervalue their currency to cheapen the price of Chinese exports.

During this climate of significant weakness in both the European and American stock exchanges, we could see a panic reaction this week in the Western markets. After a 10% drop of the Dow Jones in two weeks, the worst might be yet to come. Yet do not mistake current European weakness with the long-term ascendancy of China. In depth economic analyses continue to show that the Chinese economic model is unsustainable and China may be in for some serious crises of its own in the near future.