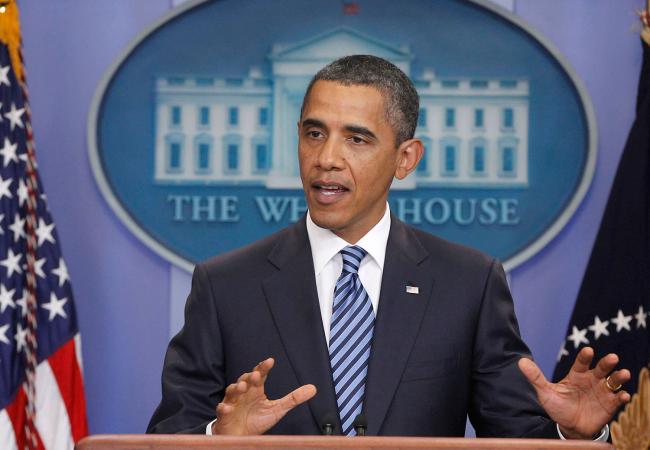 Last night US President Barack Obama announced on television that a bipartisan agreement had been reached with leaders of the Senate and House of Representatives to raise the legal US debt limit by $2.1 to $2.4 trillion in order to avoid an impending US default.

The compromise implies a two-stage plan wherein the debt limit will first be increased by $900 billion. If Congress votes against the increase, the President would veto this decision. Subsequently, the debt ceiling is expected to be increased by another  $1.2 to $1.5 trillion.

As part of the agreement, by November of this year a bipartisan committee is scheduled to decide on a new plan to reduce deficits. The new plan must be voted on before December 23, 2011. If the committee is unable to come to an agreement, lawmakers have instituted mechanisms designed to aid its enforcement: spending cuts would be automatically carried out in defense and health care programs.

The agreement must now be passed by both houses of Congress. The proposal is most likely to meet opposition in the House of Representatives where the extreme wings both of the Democratic and the Republican parties are not fully satisfied with the text.

The agreement should reassure the financial markets, but the spectacle of the negotiations in Washington in recent weeks underlined US shortcomings to keep its own house in order while risking another financial crisis that would have impacted not only the US economy but markets all over the world.