Home - Top Stories - Debt Crisis : After The US Downgrade, Who’s Next?
Top Stories
by ForexNewsNow Team on August 16th, 2011

Debt Crisis : After The US Downgrade, Who’s Next? 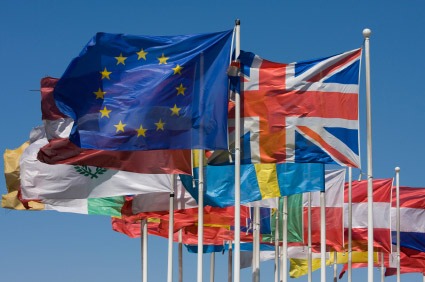 NEW YORK (ForexNewsNow) – In the wake of Standard & Poor’s decision to downgrade the US Debt Rating, the ability of other Triple-A countries, including the United Kingdom and France, to maintain their exemplary credit rating has come under question.

The “AAA” rating, awarded by the three credit rating agencies, allows recipient countries to finance themselves in the best conditions possible in the bond markets, in other words at the lowest interest rates.

For now, Standard & Poor’s is the only one of the three major rating agencies to have made the decision to downgrade the US’s Triple-A rating one notch down – from “AAA” to  “AA +”. The other two credit rating agencies, Moody’s and Fitch, both confirmed that their ratings of the US economy as Triple-A rating remained unchanged.

When asked about France, officials from Standard & Poor’s confirmed that the “AAA” rating of Paris is stable and should remain sustainable for the near future despite the current Debt Crisis. Yet this does not preclude some analysts to express fears and anticipate new exclusions from the “Triple A” club.

Strategists at Commerzank believe that “the downgrade suggests that other countries (…) rated ‘AAA’, such as France, might begin to feel the wind of the downgrade.”

In recent weeks, France and Germany have issued short-term debt in much better conditions – that is to say, at significantly lower rates – than last month.

For France, the current criticisms of its economic policies are focused on its budget ratios. France is currently has the worst budget ratios of among the “Triple A” European nations, which includes France, Germany, Netherlands, Austria, Finland and Luxembourg.

The current French public deficit, which reached 7.1% of gross domestic product (GDP) last year, exceeds the public deficit ratio of every other “Triple A” rated economy in the Euro Zone.

The European Commission expects this gap to remain this year and predicts the French deficit might rise to 5.8% at end 2011, as compared to 3.7% for the Netherlands and Austria, 2.0% for Germany and 1.0% for Finland and Luxembourg.

France is the only one of these countries to have an important primary deficit (excluding debt service). According to the European Commission, it should represent 3.1% of GDP in France in late 2011, as compared to 1.6% in the Netherlands, 0.9% in Austria and 0.5% in Luxembourg. Germany and Finland for their part should end the year with a primary surplus of 0.4% and 0.2% respectively.

The other major economies outside of the Euro Zone still rated “Triple A” by the three main credit agencies are the United Kingdom, Canada, Sweden, Australia, Norway and Switzerland.

Many experts believe the “AAA” rating of the UK could also be called into question very soon. The Commission forecasts that the deficit of the United Kingdom will amount to 8.6% in late 2011, and the primary deficit to 5.5%, which would created a debt ratio almost identical to the French one.

Facing repeated doubts, the French government has assured it will take all necessary measures to meet its deficit reduction targets in order to quickly lower the debt ratio of the country.

Even if little attention has been paid to increasing sovereign stress in Austria, the country, in comparison with other countries in the Euro currency bloc, has seen the largest percentage increase in 5-year CDS rates – a gauge tracking the cost of insuring against a default that rises when the risk of such an event increases – over the past month.

The risk is in Austrian banks’ exposure to Eastern and Central Europe, since the region has borrowed aggressively in Swiss Francs in order to benefit from Switzerland’s low interest rates. With the Swiss currency nearing a record high against its major counterparts, Central European borrowers (and many Austrian ones, for that matter) may find it hard to pay on their CHF-denominated obligations, causing massive losses for Austrian banks.

As we announced it last week, Canada, Australia, Denmark, Finland and Sweden all once lost their AAA rating and it “only” took these countries between 10 and 17 years to get back their Triple AAA credentials. So countries that are teetering dangerously close to the credit rating cut off line should take extra precaution – just as with individual credit scores, it takes a country much time, effort and economic austerity to regain a lost credit rating.