What Lack of EU Growth Means For The Forex Markets 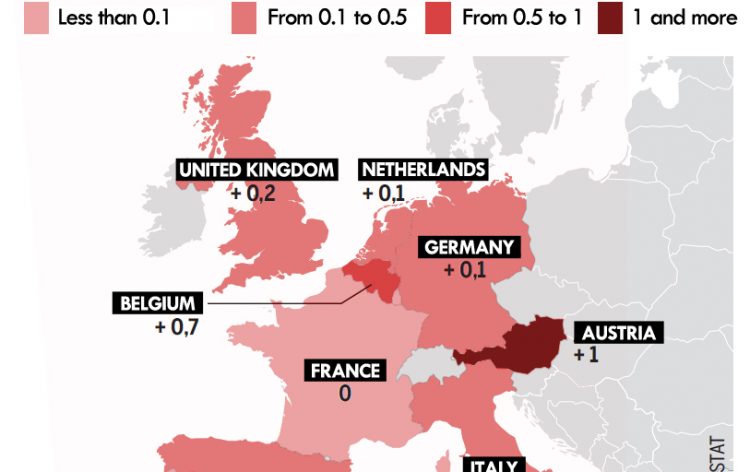 NEW YORK (ForexNewsNow) – Terrified by the Debt Crises sweeping through countries in the Euro Zone, traders and financial analysts alike have demanded that European leaders take radical solutions to ameliorate the crises – including the possible creation of the “Eurobond” to mutualize the debts of EU countries. Yet both French President Nicolas Sarkozy and German Chancellor Angela Merkela said that the creation of a “Eurobond” is out of question in the immediate future.

Even if France and Germany’s leaders reaffirmed their strong political determination to defend the euro and rebuild the economic growth of the European Union, markets seem more interested in growth figures rather than political promises. As this infographic shows, GDP growth in the euro area countries (except for Austria) is currently very low. The latest statistics emanating from the EU illustrate the scope of the economic slowdown – EU Gross Domestic Product grew by only 0.2% in the second quarter (after +0.8% in the first quarter). Even worse, Germany, which should be the economic powerhouse of the Euro Zone, is going through a period of near-zero growth (+0.1%) in the second quarter. This weakness, combined with the unresolved sovereign debts issue could further fuel the current fears plaguing the Forex markets.