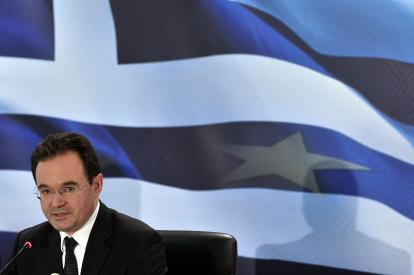 Risk sentiments had a drastic turnaround last week as Greece has secured the fifth tranche of bailout fund from EU at EUR 12b to avoid and immediate default. The strong rebound in US equities was impressive with DOW and S&P up 5.4% and 5.6% respectively during the week, both posting largest weekly gains since July 2009. Canadian dollar, Australian dollar and New Zealand were the strongest currencies last week in the risk seeking environment and were support by rebound in commodities in general. Meanwhile, safe haven assets suffered. Swiss Franc had a sharp and broad based reversal after making record highs against most major currencies in June. Gold, on the other hand, also tumbled through 1500 level against dollar and was extremely weak against Euro. Euro was the strongest among European majors while dollar was weak except versus yen and swissy.

EU finance minister are expected to approve to release the fifth tranche of the bailout fund to Greece after the country passed the new EUR 78b austerity package through parliament last week. The EU 12b fund of the EUR 110b bailout made last year should help Greece rollover debts maturing in July and August and thus avoid an immediate default. In addition, that should help Greece take one step closer to getting the second bailout, which could worth as much as EUR 85b. Austrian Finance Ministry said that the second bailout for Greece would have Eurozone nations and private investors contributing 70%. IMF would cover 70%. German and French officials are believed to be targeting around EUR 30b from private investors. Finance ministers are trying to wrap up the new aid plan at a July 11 meeting in Brussels. And together with the EUR 110b fund from he original bailout a year ago, the total package will be up to EUR 195b. The focus from now till July 11 would be on how Eurozone officials could come up with the EUR 30b private investors involvements.

Attention ahead would possibly starting to shift away from Greece as the second bailout look set to be concluded on July 11. Focus will turn back to growth and monetary policy. ECB officials remained hawkish last week and reaffirmed markets expectation of another rate hike this week. However, whether Euro could breakout from recent triangle consolidation against dollar would very much depends on markets expectation on further policy path. Currently, markets are only pricing in around 70% chance of another rate hike this year even though inflation stood at 2.7% yoy in June.

Sterling was a victim in drastic change in rate expectations in recent weeks. markets are now pricing a rate hike from BoE next May and that’s a big change that in February, markets bet on a hike this May. Recent economic data provided no support to and earlier hike and indeed, comments from BoE officials suggest that some members are back considering more quantitative easing. So the pound would likely remain weak in near term.

Canadian dollar, on the other hand was boosted by strong inflation data, with CPI jumped to 3.7% yoy, well above expectation and far above BoC’s 2% target. It’s indeed the strongest level in more than eight years. While BoC Governor Carney still sounded worry on the fragility of the economic recovery, there are increasing speculation that the bank would be forced to act before the end of the year should inflation pressure persists. There are speculations that BoC would have a 25bps hike by September and another 25bps hike by the end of the year even though a rate hike is not fully priced in money markets until 2012.

Dollar was pressured by the strength in euro, stocks as well as crude oil last week even though gold’s weakness and strength in treasury yields provided some support to limit downside. Dollar index’s break of 74.48 support suggests that rebound from 73.50 has completed and near term outlook is now mildly bearish for a test on 73.50 support and then 72.69 low.