Home - Top Stories - Why France and Germany Are Now Threatened by the Debt Crisis
Top Stories
by ForexNewsNow Team on October 10th, 2011

Why France and Germany Are Now Threatened by the Debt Crisis 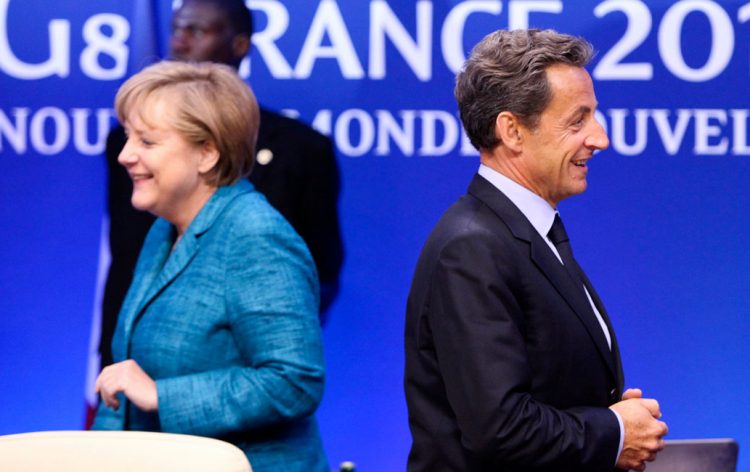 ForexNewsNow – According to BNP Paribas analysts, volatility and a risk of a contagion to the EU’s AAA economies will remain a serious threat until the end of the year. Is the European debt crisis about to contaminate the most robust economies in the monetary union? Last week’s record rise of both the French and German Credit Default Swaps underlines how concerned investors are.

Many market participants are concerned about the ability of the strongest EU countries (France, Germany, Netherlands, Austria, etc.) to absorb the shock of any upcoming austerity measures implemented in order to stem the current debt crisis. Indeed, these unpopular measures could expand soon given the recent accumulation of negative economic news for the euro area.

Investors will be very attentive to the new measures promised both by German Chancellor Angela Merkel and French President Nicolas Sarkozy this weekend in Berlin. Increasing the size of the European fund (EFSF) could weaken the debt rating of the most involved AAA countries.

Another cause for concern is the banking sector in Europe. Either through recapitalization or new financial commitments, this sector will require some kind of financial assistance. The recent events surrounding the Dexia bank episode already cast a new light on the impact a bank’s failure can have on the financial markets.

Lastly, developments in the European economy and the risk of tougher austerity measures remains a major uncertainty. In France for example, the government will at some point need to heavily cut its social spending. However, markets are so far unconvinced that France will eventually take the necessary decisions if the pressure intensifies.