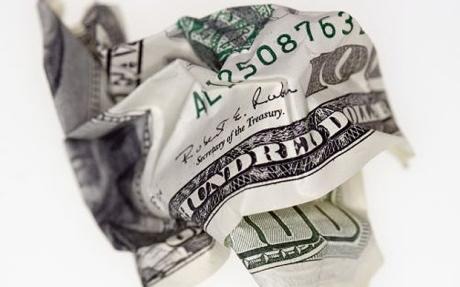 NEW YORK (ForexNewsNow) – The Bureau of Labor Statistics is to release the highly awaited US Nonfarm Payrolls for August today at 12:30 GMT.

As the global debt crisis keeps on threatening the future of the US economy, this release could have a major impact on the forex markets.

Since Friday, August 26th when US Federal Reserve Chairman Ben Bernanke’s announced that he would not initiate a new round of quantitative easing (QE3) in the short-term, trading of the greenback has been quite volatile.

In the absence of a new monetary stimulus, and given the current political deadlock in Washington between Democrats and Republicans, the currency markets seem to have been left to their own devices.

The NonFarm Payrolls release measures the change in the number of employed people in all non-farming businesses for the previous month. In total, it accounts for approximately 80% of the workers who produce the entire gross domestic product of the United States and as such it is one of the most influential statistics on the US labor market.

What is at stake ?

The previous Nonfarm Employment Change figure released on August 5th came out at 117K, which was quite bullish at the time since analysts had anticipated a number closer to 95K.

According to leading forex analysts, the forecast for August is for around 90K, which indicates that the number of employed people is seen as having decreased in the last 30 days.

If the official figures are worse than forecast, we could see both a fall in the dollar’s value against most of its counterpart currencies and an increase in the frenzied rush for safe haven investments such as Gold.

Moreover, today could be a real test to see if Bernanke’s decision to forgo monetary stimulus at this time was the right one.