Home - What are the best Forex brokers and how to choose the right one? - A guide to help you find the best Mexican Forex brokers

A guide to help you find the best Mexican Forex brokers

Mexico is the 12th largest economy in the world. According to the Bank International Settlements’ triennial survey done in 2016, the USD/MXN pair represented 2.1% of all Forex trading volumes. This means that it is slightly behind currencies such as the Yuan of China and the Canadian Dollar which were at 4%. Banco de Mexico is the Central Bank of Mexico and is commonly referred to as Banxico is the body which oversees all Forex related activities. The bank is also is also mandated with the role of making and implementing monetary policies. On the other hand, the Foreign Exchange Commission whose officials come from Banco de Mexico and Ministry of Finance is responsible for all Forex policy in the country. The Banxico website (www.banxico.org.mx) has all the relevant information you might need on Mexican regulated Forex brokers. 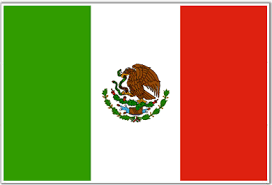 There are quite many Forex brokers in Mexico. However, as a trader, you should only be interested in the best Mexican FX brokers. Look for the brokers that are licensed by the Foreign Exchange Commission. On top of that, check whether the broker allows you to trade the Mexican peso and whether you can withdraw your money in whatever currency you want. The largest Mexican Forex brokers allow their customers to operate their accounts in peso currency besides other major currencies.

Forex trading requires that a broker offers quality support to its clients. Such a broker should have reachable (24/5) support team that is professional. There are many brokers operating in Mexico which are located in the U.S, Cyprus, the U.K and in Mexico. Many of the brokers in Europe have offices in America or have a 24/7 support system which makes it possible to help clients no matter where they are. This means that for a trader who needs to talk to such a broker, time difference should not be an issue.

Look up the top Mexican FX brokers and their reviews

When it comes to the registration of FX brokers there are a number of laws and regulations which Banxico and FEC have laid out. Many of the Forex brokers located in Mexico are not registered in the country. Many just have skeleton offices or none at all. After conducting thorough research, we have come up with a comprehensive Mexican Forex brokers list which will help you pick the right one.

The local trading currency and its features

The Mexican currency, the Peso, goes by the code MXN in the Forex world. It is ranked 8th in terms of liquidity behind currencies such as USD, EUR, and GBP. The Peso is the 11th most commonly traded currency and the third most traded currency coming from the western hemisphere. The peso is not widely used outside Mexico. It is accepted by some Walmart stores and gas stations which are found in the US along the border with Mexico. The currency is also accepted in places like Belize and Guatemala but near border towns.

In the past few years, the Peso has transformed from being a developing currency to an important instrument in the international finance trade. Even though the USD/MXN pair is not as popular as pairs such as USD/JPY or EUR/USD, it is a major pair in the southern American countries. It offers a liquid access to the south Americas and offers opportunities which have come with the growth of the Mexican economy. When you observe the charts of any top Mexican FX broker, you will find that the Peso fluctuates wildly on an average day. During the quiet periods, the spreads of peso can widen while at the same time narrowing when there is strong activity.

Mexico is a large producer of oil. This means that the Peso is strongly correlated to other currencies which are based on its commodities. This strong interdependence between these currencies brings about energy fluctuations. Traders should then be aware that any data movement for crude oil and natural gas especially in the US Oil Inventory Report has a major impact on the USD/MXN. This report is released every other week. Moreover, investors in the Mexican Peso should pay close attention to the data released by the Banco de Mexico. The bank meets eight times every year to discuss the country’s monetary policy and to issue updates to the press. Your best Mexican FX broker should be able to afford you such critical information. This way, you will be trading like a pro.

Mexico is an upcoming economy and its Forex market is increasingly becoming vibrant. With the increasing number of traders, there is also an increasing number of rogue brokers. In order to protect yourself from being scammed check the Mexican Forex broker reviews. Read the reviews before committing any money to a broker or even signing up with them. Many people have lost their life savings to rogue brokers. The people who are stealing come from Mexico as well as from other countries. The good thing is that the government with the collaboration of the US government is working to stop Forex related crimes.