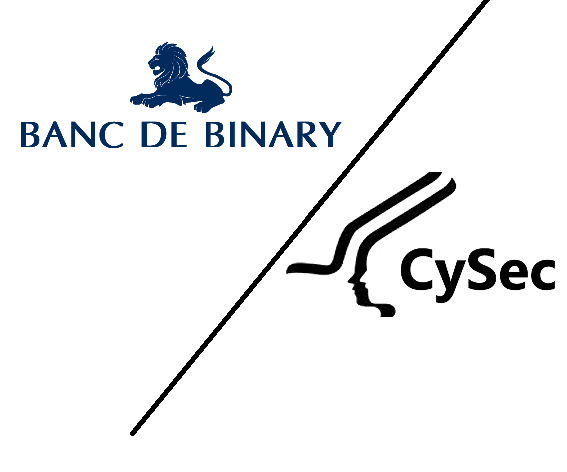 As such, Banc de Binary is at this moment one of the few binary options brokers on the market that is fully regulated and licensed in a reputable jurisdiction. The CySEC license attests that that Banc de Binary only offers completely safe and fair options trading services and that it respects the laws and regulations of Cyprus as well as the European Union.

Cyprus is the first European Union member state to decide to regulate binary options trading. Early 2012 the country announced that it would develop an up and running binary options regulatory framework during the year. Later the year, the Cyprus Securities and Exchange Commission (CySEC) was tasked with the regulation of binary options and evaluation of license applications.

Cyprus is a full member of the European Union and as such the binary options licenses issued by the CySEC also protect traders located in other EU member states. This is because Cyprus is obliged to only implement regulations and laws that are in conformity with European Union law.

The laws of Cyprus and the European Union also require brokers not to discriminate traders based on country of origin. This means that the same trader protection standards that European traders enjoy will also be applied on every single trader regardless if they are located in countries outside of the European Union.

So even if binary options trading is not regulated in a particular country, trading at Banc de Binary is completely safe and secure since the regulations and safety standards imposed by the CySEC are also valid on traders located in other countries.

Banc de Binary is at this moment one of the fastest growing binary options brokers on the market. Not so long ago the company relocated its main headquarters to Cyprus obviously to be able to work closely with CySEC in regards to acquiring a binary options trading license.

The broker provides trading possibilities on a large variety of assets including currency pairs, stocks, commodities and indices. The broker also offers various guides and instructional videos that teach new traders the secrets of options trading.

Perhaps the most popular video series developed and published by Banc de Binary is its Banc De Binary Week Ahead Report. In these reports, senior brokers and experts reveal upcoming developments on the market as well as insights into economic data that will be released during the week.

The January 7th to 11th report features senior broker David Knight and Harry Jefferson who discuss issues such as the Swiss National Bank’s release of its monthly currency reserve figures for December 2012. Senior broker David Knight revealed that this data can help traders predict what the Swiss national bank will do in the future to manipulate its currency on the market. This data can help options traders predict the outcome of certain forex options bets.

Likewise, Banc de Binary just published an interview with trading expert Daniel Clay who gave a short introduction on binary options trading and revealed some neat tips and tricks new traders can use to get started in the binary options business.