BOE and ESMA to cooperate on Post-Brexit derivatives clearing 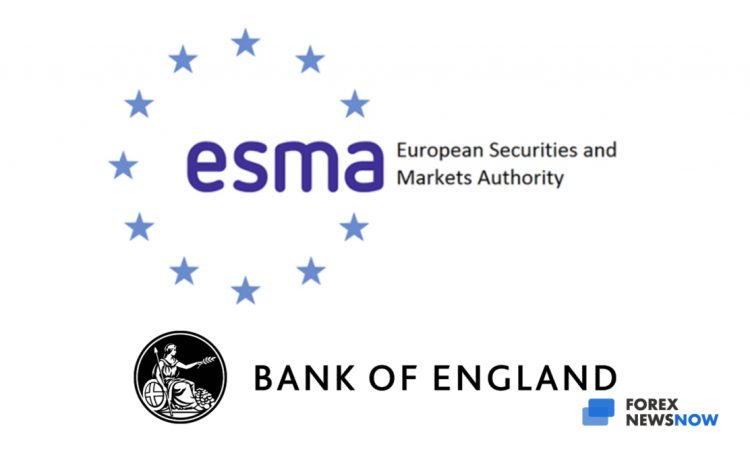 As the date of Brexit is getting closer the financial institutes were set to cooperate in case London will crash out of bloc in the upcoming March without a deal. The European Union and the United Kingdom’s bank started cooperation regarding the clearing houses in order to avoid disruption in the cross-border derivatives market.

It is truly a relief for the UK clearing houses that the European Securities and Market Authority (ESMA) came to the agreement since the clearing houses must decide whether or not to shift the derivatives trades that are worth billions of euros from Britain. The hard Brexit comes with the hardships for the clearing houses as they are staying outside the bloc’s legal system when Britain will leave the European Union.  One of such firms is LCH, which is the LSE- controlled clearing house and processes over 90 percent of euro-dominated derivatives.

If there will be no agreement between ESMA and Bank of England, clearing houses might not get some of the regulatory approvals which will lead to operational problems, for example, when processing the trades European banks will be facing much higher capital charges. It is not the best conditions for the banks especially after many of the EU banks are preparing to leave the UK as they are expecting hard Brexit to happen. As it is expected the European regulators will make sure that all of the important clearing houses apply the regulations that are in the bloc and will stick to the policies applied by the European Central Bank.  As the report states the European Union will still have the legal tools to oversee these Firms, as for the ESMA, it intends to take further steps before March when the UK will leave the EU.

So-called “passporting” rules allow the clearing houses in Britain to sell their services across the countries of European Union freely and also gives Europe-based firms access to Britain. Thanks to it, Britain’s clearing houses are processing euro-denominated trades worth of £440 billion every day. The rejected Brexit deal allows cross-border financial services to continue the business without interruption after the UK will leave the EU in March until the end of 2020. However, as Theresa May has failed to have her divorce settlement passed, EU customers would be left cut off from UK-based market operations if contingency measures would not take a place.

Investors in Europe were worried about being cut off from the UK financal market, as the other financial centers in Europe are smaller in size compared to Britain’s market. At the same time, the UK financial services sector, as well as brokerage firms in the UK, are struggling to find a way to remain the existing flow of trading after the country leaves the European Union.  Especially since there are less than two months left before the Brexit and there is no clarity about how the nation will leave the EU.