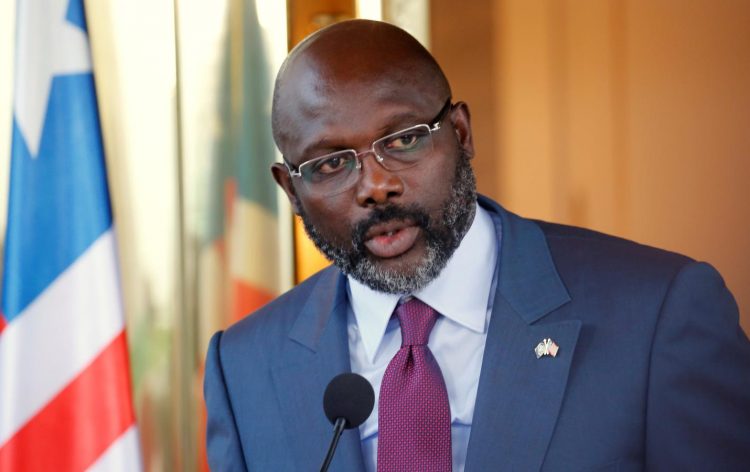 Liberian President George Manneh Oppong Weah has requested from the francophone West African nations to delay regional currency reforms to give time for the proper implementation of the so-called eco.

The Republic of Liberia is a country on the west African coast bordering Sierra Leone, Guinea, and Ivory Coast. A small republic with a population of just around 5 million people. George Weah is the president who started his carrier as a professional football player in his earlier days. He spent 14 years playing for different clubs all across the European continent like France, Italy, and England. President Weah served as a Senator from the Montserrado County as well. He was named African, European, and World Player of the Year in 1995, which is an unprecedented achievement. He has always been actively promoting his homeland which landed him a lot of aspiration from the citizens of his country.

The West African Monetary Union, which is led by the Ivory Coast, in December, made an agreement to swap the name of CFA Franc to Eco thus ending the requirement of keeping the portion of its reserve in France. Other central African countries do not like this change and have been quite vocal about it as well.

The name eco was chosen to be a future common currency between the 15 western and central African countries including Ivory Coast, Ghana, and Nigeria. Although President Weah has stated that these talks need to be held between the regional leaders and the Ivorian President Alassane Ouattara, who has been the first person announcing the creation of such currency on behalf of the West African francophone nations earlier in 2020. President Weah said that This needs to be done to prevent the West African Monetary Union from implementing its own currency. He added that this will win him and his supporters some time to continue resolving this matter.

It is important to note that these types of reforms can have huge financial implications for the countries affected by them. It means that the fiscal policy will have to be changed and new adjustments made for the banks and the people to be able to trade efficiently with the new currency. Financial history has shown that changes like these marginally drop the currency rates. This is like Forex 101 for all of the traders out there. This means that new forex trading courses need to be implemented for all of the traders and the financial institutions in the west and central Africa in order to keep the same quality of service which has been offered before.

It is worth noting that trading, in general, has been becoming very popular all across the continent. This is due to the fact that a lot of people started generating income through the availability of different trading platforms and their knowledge which can be generated by using the internet. It is fascinating that the requirement for such a huge financial opportunity comes down to the personal development of an individual and the interest in financial matters. Overall it has become a popular job for a lot of African citizens due to the fact that the developing nature of their countries does not give them the same opportunity as for people in the more developed countries. Thus, making foreign exchange market an even field for a lot of them to achieve the same standard of life as people all across the world. The low level of development has driven a lot of people into searching for jobs abroad. As a professional football player George Weah has also been one of the lucky individuals who was given an opportunity to shape himself into a hard-working and ethical individual he is now.

George Weah himself is renowned for his principles and hard work ethics. His talent on the field has not driven down his motivation to end the, at the time, the on-going civil war in Liberia. He worked extremely hard and thus has made a beautiful transfer into political activism after his retirement as a professional football player. This is the reason he is referred to as “King George” in his homeland and enjoys a considerable amount of popularity. In 2003 he returned to his country and started political activism. In 2005 he ran for the president of the country as a member of the Congress for Democratic Change (CDC) party. However, this endeavor was unsuccessful even though the legitimacy of the election results is debatable, to say the least with George even challenging the outcome in the court before dropping it a month after.

Fast-forward a couple of years, in 2014 to be exact, he ran as a senator of Montserrado county under faithfully under his party CDC and won by a landslide with 78% of the vote against the second most popular candidate gaining only 11%. 2 years later to consolidate the strength of the opposition his party has joined others to create a Coalition for Democratic Change with the same abbreviation as his main party – CDC.

He won the presidency in 2017 with 38% of the votes and has been fighting to liberate the country of corruption and other controversial leftovers from the days past. In 2018, he was inaugurated, which marked the first official transfer of power in a democratic manner between parties for as long as 1944.