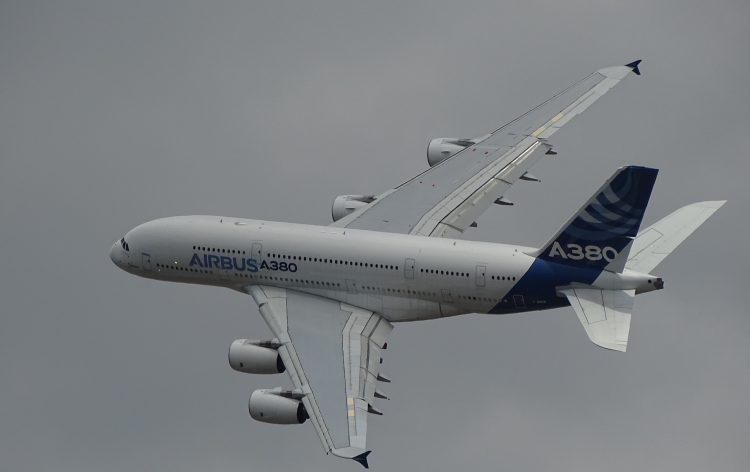 Airbus, a multinational aerospace corporation, had announced that it will be delivering more jets and profit again in 2020. The company was struck with bad luck in 2019, where the issues with the military transport plane – A400M, and the international bribery settlement had led to a net loss of $1.48 billion.

The weaker-than-predicted sales of the state-of-the-art military transport plane have resulted in a charge of €1.21 billion, with predictions that it will keep affecting the company for years to come. The year of loss was also marked with the settlement of $4 billion with prosecutors, over the charges of corrupt practices. The corruption allegations have also led to the resignation of the entire management team of Airbus.

Excluding corruption fines and other one-time losses, the operating income has increased by 19%, with estimates indicating a possible increase to €7.5 billion in 2020, while revenues have risen by 11%.

Given a tough year, the CEO of Airbus – Guillaume Faury, had announced that the company would be concentrating on improving operational improvements and cost enhancements, along with strengthening the company’s culture.

Airbus may yet profit in the crisis that Boeing, their main rivals, have found themselves in. Boeing’s next-generation airliner, 737 MAX, was shamefully grounded, following two fatal crashes. Airbus would first need to address the problems with the production of their A320 single-aisle family of passenger aircraft, however, with no plans of significantly increasing the production rates compared to their monthly goal of 63 aircraft for the next year.

Faced with the danger caused by the outbreak of coronavirus in China, which has sent rippling effect in the entire airline industry, and the global economy as a whole, Airbus maintains its tone, assuring that the impact on the company would not be a substantial one, contrary to many beliefs.

As the situation in China worsens, the CEO of Airbus attributes the hold up of the delivery of new jets to the Asian markets as a logistical issue, ensuring that the deliveries will resume with a very short delay. Airbus has a lot at stake in delivering their jets, with their planned number of 880 commercial airline deliveries coming under severe risk.

Airbus has come under fire, as the suspicions of the bribery settlements have prompted a thorough investigation by a number of governments. Following the resignation of the entire managerial team of Airbus, the CEO of Airbus has done his best to salvage the company’s reputation, assuring that no such incident would take place in the future.