Caitlin Long insists on forming a crypto-focused bank in the U.S. 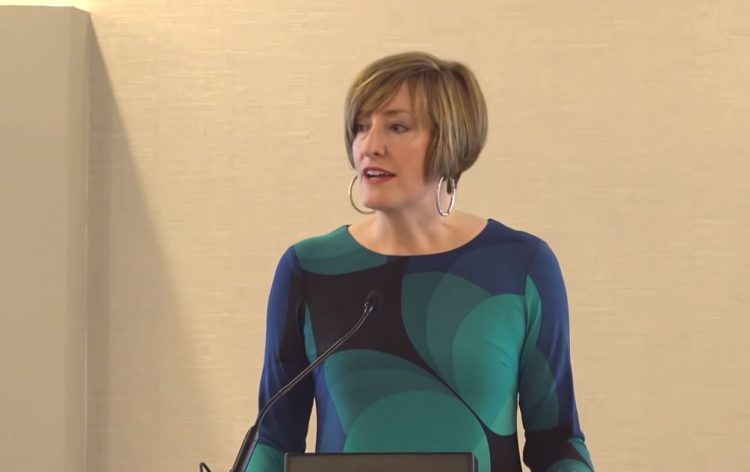 Caitlin Long, who is a former Wall Street executive, is pushing towards establishing a crypto-native bank in the United States.

Long made an announcement on Twitter, declaring that the bank will be named Avanti (forward in Italian). She is arranging some technical details, including applying for a special purpose depository institution charter with Wyoming’s division of banking.

Long noted that this special-purpose depository law has the strictest regulatory requirements. According to this law, all deposits — in the case of Avanti, crypto deposits — must be 100% reserved.

Avanti will also not be permitted to utilize deposits for any financial transactions of its own — a practice which is also known as “rehypothecation.”

The bank will mainly be aimed at the institutional client base and will provide commodities, securities, custody and payment activities. The company was registered on January 6 and has already managed to raise $1 million in a funding round.

Long is a determined individual who was one of the pivotal members to shape the crypto regulations in Wyoming.

Avanti announced a partnership with Bitcoin and blockchain technology called Blockstream, which will supply the former with bitcoin applications and software/hardware, which are needed for keeping digital assets.

With the help of Blockstream, Avanti can develop blockchain application programming interfaces and common banking APIs.

Long, who pushed for the creation of the SPDI charter, said she did not contemplate creating an SPDI bank till last Christmas when she was on a trip in Rome. Before her journey, a group approached her about forming such an entity.

Because of the high capital level need to start SPDI, many potential applicants have been reluctant to seek approval, even though the regulatory door has been open since last October. Right now, the Wyoming Division of Banking has only got two applications.

While in Rome, Long was having a conversation on the phone when she became persuaded to set up Avanti.

She promised to attract “the best from the crypto & traditional worlds”.

It is an exciting decision from Caitlin Long. It is evident how the cryptocurrency is taking over the world, gaining a foothold in various industrial sectors. The creation of a crypto-focused bank will promote more security, convenience and rapid operations and having someone in charge like Caitlin Long, will prevail ultimately.