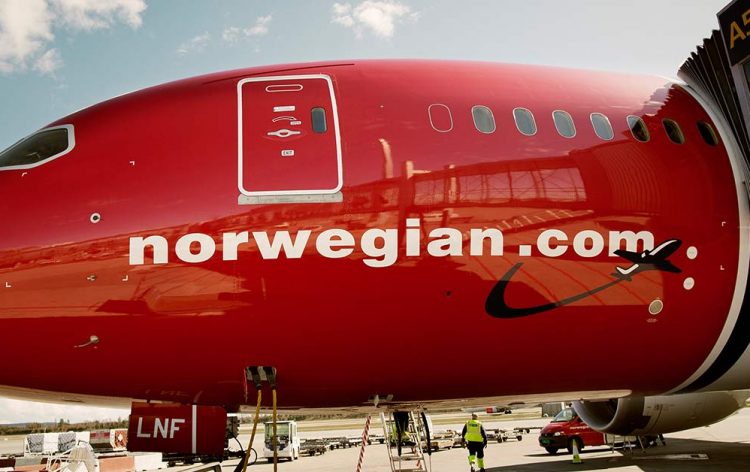 Norwegian Air, which is one of the largest European airlines, declared it is accepting flight payments in cryptocurrencies from spring.

Established in 1993, Norwegian Air is the biggest airline company in Scandinavia and the third-largest low-cost airline in Europe. It flies to destinations across Europe and North Africa, as well as to particular cities in the Americas.

Stig Kjos-Mathisen, who is the chief executive of Norwegian Block Exchange, stated the initiative in the interview with local news outlet DN.

The exchange will do its best to facilitate creating of the payment infrastructure. NBE has already managed to finish the development of the necessary infrastructure, which is needed to purchase tickets with cryptocurrency. Customers can use other digital assets as well.

Kjos-Mathisen declared that everything was ready from the Exchange’s side.

He is a son-in-law of the founder and CEO of Norwegian Air Bjorn Kjos. The latter has some involvement in the crypto exchange as well.

Norwegian Air and crypto exchange are both committed to adopting the initiative as soon as possible this year. The earliest date considered for launching is spring, though it is still unclear whether the airline will accept payments only in Bitcoins or other currencies as well.

Norwegian Block Exchange was formed in 2018 and it is providing local traders with digital asset trading services. After the platform underwent a development period, it launched a beta program last September and is now focusing on general traders too.

Sparebanken Ost, which is one of the oldest banks in Norway, paid an amount of $1.6 million last September to the crypto exchange to acquire 16.3 percent of the ownership.

The collaboration between the exchange and Norwegian Air also stimulated the investment.

The bank noted, that cooperation with NBE is a perfect opportunity to launch new initiatives on a wider scale and there is a great market potential both at local and international level as well.

The initiative is a magnificent step, to further incorporate cryptocurrencies in various fields of life. Due to its security, speed and convenience Bitcoin is a future of payments in the world. In December 2017 the former reached the highest number of around $20,000. The number then decreased significantly

Although considering the Bitcoin’s volatility it is still to be determined how many bookings the customers can get. It is a floating currency, so the Norwegian Air may consider putting additional limitations.