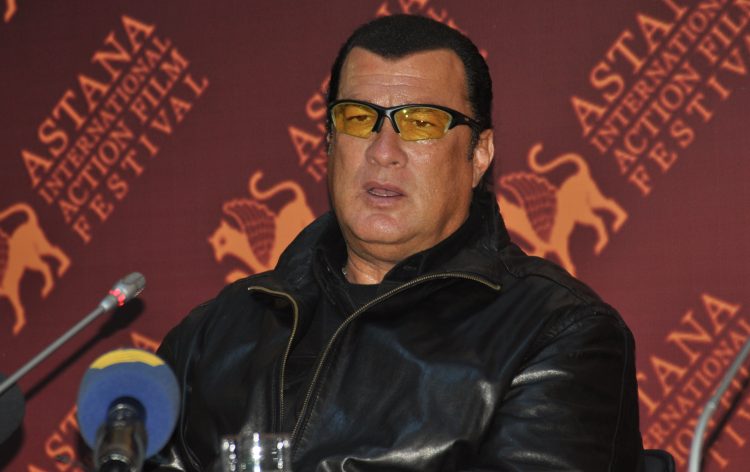 Seagal, known for such films as Shadow Man and Machete has agreed to pay a fine of $314,000 for participating in a marketing campaign and promoting an initial coin offer (ICO) for the Bitcoiin2Gen project, by the decision of the SEC.

According to the regulator, the actor was promised a reward of $250,000 and B2G tokens worth $750,000. However, he did not notify investors that he was promised almost a million dollars for positive feedback and dissemination of information and the project and the upcoming sale of tokens.

Seagal did not admit, but did not refute the Commission’s accusations, but agreed to return the illegally obtained profit in the amount of $157,000 – which is actually the amount he received for advertising – and the same amount at the expense of the fine and interest accumulated during the trial.

Seagal’s ad did not save the failed project

In February 2018, Bitcoiin2Gen published a press release stating that ‘Zen Master Steven Seagal has become the brand’s ambassador’. Seagal advertised the upcoming B2G ICO coins for 107 thousand of his followers on Twitter, as well as for 6.7 million fans on Facebook, but did not mention his financial interest.

At the end of March 2018, the company received a restraining order from the New Jersey Securities Regulator and announced the termination of the contract with Seagal.

Bitcoiin2Gen, promoting itself as the only project working on the principle of self-financing, has long disappeared from the radar, and its coin is now worthless. Many other projects suffered the same fate amid the fading interest in ICO.

Status of celebrity does not save Seagal from the fine

The American regulator emphasized once again that celebrities must report on received or promised rewards for advertising securities or other financial assets.

This is not the first time that sports and show business stars come into the view of the regulator and pay fines for inappropriate disclosure of information about financial interest. Earlier, the boxing world champion Floyd Mayweather Jr. and rapper DJ Khaled underwent the same fate. BeInCrypto has already announced that the SEC intends to take on the ICO to identify all potential violations.