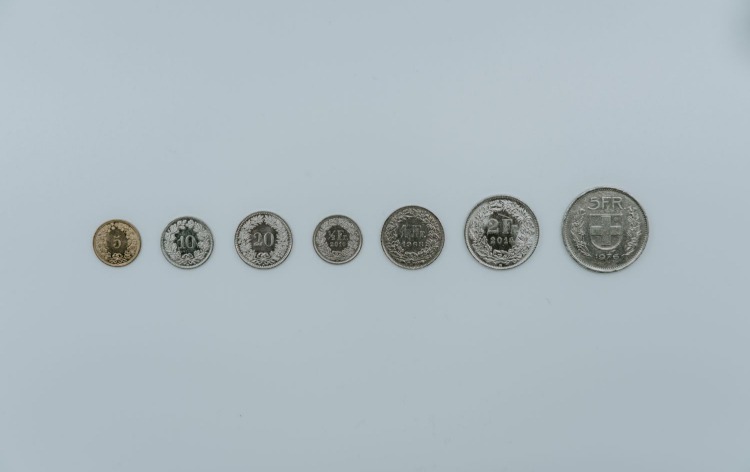 As the recent movements on the market show, the price of AUD/CHF are up 0.34%. After not so stable a few weeks, the price of the pair is once again up. There are many reasons for it, one of the major ones being the announcement of the leadership of Australia claiming that the country might continue its restrictions on border closures for as long as late 2021.

Recently, the country has also announced the changes in the Federal Budget for 2020. Although there have been many critics about the budget, it seems like it did not really have much of a negative influence on the currency of the country. Also, the situation around the world has a huge effect on the price of the pair.

Another reason for this movement might be an increase in the Coronavirus infected people in Switzerland, recently, it was said that there are more than 1,000 daily new cases in the country. The Covid-19 pandemic has had a massive impact on many markets around the world and influenced the Forex trading market a lot as well. Top Forex brokers from Australia have recently reported on the changing price of the AUD, as they have said, one of the major reasons for the changes was the pandemic.

Price movements of the currency pair 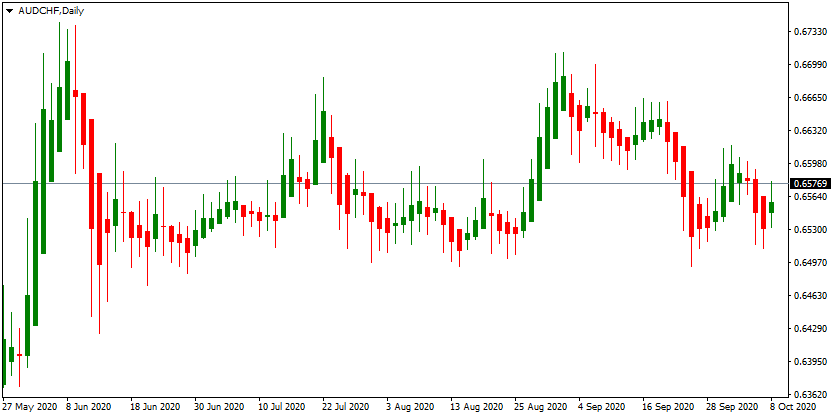 As the table shown above indicates, the prices of the currency pair have been somewhat unstable over the past few months. Although it has been on rising at the end of May, it fell down pretty quickly and after that, it had a pretty unstable run. Recently, many things have influenced their price. One of the main reasons for the downtrend might have been the falling price of copper, the export of which represents one of the biggest parts of the economy of Australia.

However, the price has stabilized currently. Experts are saying that the major reason for the stabilization is the current situation in Switzerland. Recently, the daily coronavirus cases in the country have increased once again. As of now, there are more than 1,000 daily cases in the country, which is creating a very dangerous situation for the national currency of the country.

As the numbers show, the recent daily infection figure is 2.6 higher than the number of last weeks. The number of Covid-19 cases is increased in Geneva and Zurich significantly, and the experts are claiming that the situation might get even worse. The interior minister of the country has recently called on the people to respect social distancing and hygiene in order to avoid future restrictions and closures, and the health experts are saying that if people do not follow recommendations, the country might be in danger of being in the same situation as Madrid and Marseille.

Recently, Australian leaders announced that the restrictions on foreign travel might be in effect until the end of 2021. Nationals of foreign countries were banned to enter the country in March to help the country overcome the challenges created by the Covid-19, and as the experts are saying, the restrictions might continue for a very long time.

In addition, the internal borders of the country have also been closed for a very long time. The main reason being to avoid further spread of the virus in the country. Because of such restrictions, Australia has managed to overcome the challenges pretty well and only recorded little over 27,000 cases of the virus, which is pretty low, especially compared to other countries around the world.

The country has also recently adopted the 2020 Federal Budget, which was critiqued by the opposition a lot, especially the leader of the opposition, Anthony Albanese, who has said the budget fails to help the most vulnerable people of Australia who are affected by the Covid-19 pandemic. The opposition leaders said that the budget does not cater to every Australian’s needs, while the national debt of the country rises to almost $1 trillion.

After a very unstable run, experts are claiming that the price of the currency pair will be changing in the near future as well. This creates a very confusing situation for investors, but they are advised to closely follow the events on the market and use every analytical recourse that they have until making further decisions.