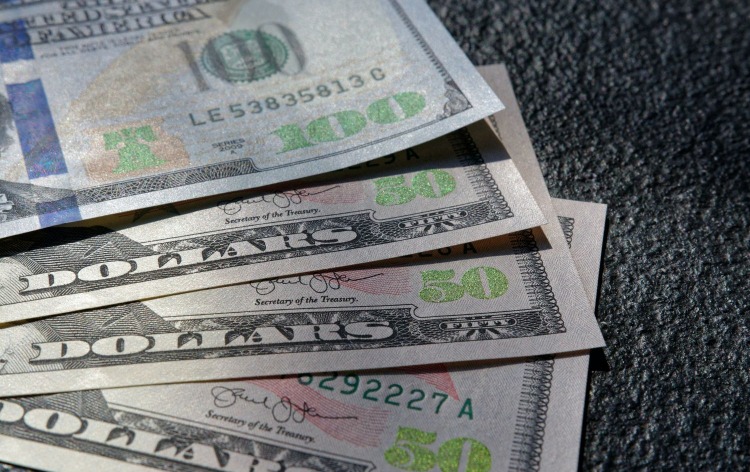 As the recent changes in the market show, AUD/JPY is down about 0.7%. The changes come after many events around the world, one of them being the strengthening of the Yen. AUD/JPY still remains under huge pressure, near key Fibonacci retracement support. The retail sales of Australia have also fallen by 4 percent in August, and the weakness of the copper price also influences the situation around the Australia dollar. The AUD/USD is also down significantly, showing the weakness of the AUD.

AUD/JPY trades around 75.27 as of now, the changes have been influenced by many challenges. One of the main reasons might be the fact that the second wave of the Covid-19 pandemic is coming near, which is resulted in many people panicking. As a result of this, many fields of the economy have had some tough times.

Also, JPY becoming stronger in the recent weeks had an effect on the AUD/JPY coming down recently. As experts are claiming, the trend might continue like this for some time in the future as well.

Also, copper represents one of the biggest parts of the economy of Australia, it is the number of export of the country. Recently, it fell down to $2.85, which is the lowest level since the August 17 of 2020. Also, the S&P 500 futures fell by 0.2% as well. Because of such situation, experts are claiming that the prices will fall down further in the future. 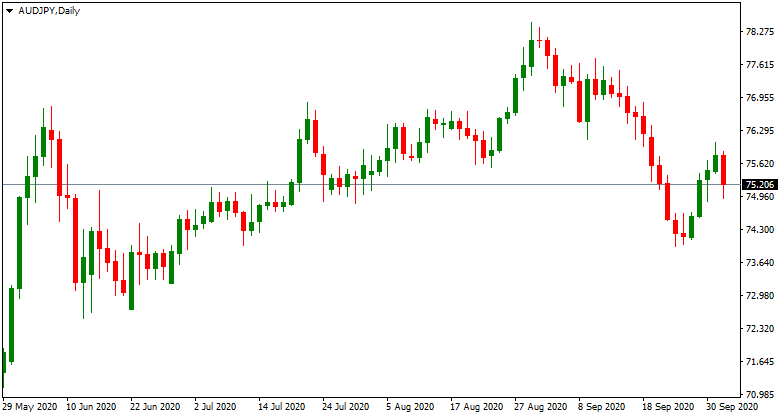 As the chart above shows, the price of the AUD/JPY has had a very interesting run over the last few months. After a whole month of dropping, recently, it has had a signs of increase, but, as the chart above shows, it has dropped significantly in the recent days as well. This data should be very important for Forex traders, try to understand it before you make any moves.

There are many reasons for this tendency, one of them being a better situation for JPY. The JPY has had some good times over the las few days. USD/JPY has also seen under a huge pressure after the president of the United States, Donald Trump, announced that both, him and his wife were tested positive for the Covid-19. The shocking news has increased demand for Yen, which is considered to be one of the safe have currencies.

This has affected the exchange price of Yen with many other currencies on the market, including AUD. The news of Trump getting infected with the Covid-19 will remain one of the main topics for the next few days, but it is also very important for investors to keep an eye on important economic reports.

Since February, the Consumer Confidence index has increased a lot and today stands at 32.7, which is the highest level since February. This shows that the consumer confidence is increasing a lot, after the Covid-19 pandemic, which has created a very scary situation for many different markets around the world.

Economy of Australia is very much influenced by the price of copper, because it is one of those countries wich are very dependant on the exports of it. Recent data shows that the price of copper has dropped a lot, and stands at the lowest point since the Covid-19 pandemic.

The decline was the biggest since mid-March, which is considered to be the hardest time during the coronavirus pandemic. During the crisis, the copper went below $2,00 a pound levels that was seen during the global financial crisis.

Now, as the world is preparing for the second-wave of the Covid-19 pandemic and many countries going into lockdowns again, the scares around the world are getting bigger. This is affecting many markets, but especially those that are heavily influenced by a certain market. Australia is one of those countries, which has an economy that depends on the mining industry a lot.

All of this in addition to the fact that the Yen is growing on its own is affecting the price of AUD/JPY a lot. The experts are saying that this tendency will continue in the coming days. Because of the news from the United States saying that the president of the country is infected by the Coronavirus, many people decide to use other safe-haven status currencies, and this is helping out JPY a lot.