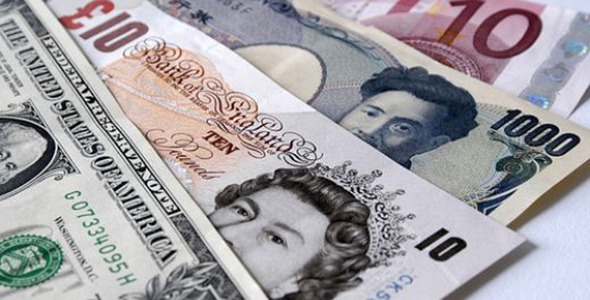 With the recent developments in the US market, it is not surprising that the dollar has gone through some interesting changes in the past day.

The potential US-China trade war has been affecting the way the market has been heading in the US for the past few weeks. Despite the possible truce between the two countries, the investors have remained skeptical, which lead to a big slide in the market on Tuesday. The effect of the trade relations is easily visible in the market and has also caused some changes in the currency exchange rates. The Federal Reserve has increasing concerns with the observations leading them to believe a possible economic inversion towards a downturn.

With the market showing weakness and concerns of US economic issues growing, some interesting things have been taking place to the US dollar and, conversely, on the foreign exchange market. The Euro/Dollar exchange rate climbed to 1.1419 but soon fell to 1.1340 in New York after picking up a bid. The fall was also related to the GBP. The US trade problems have been having an effect, but the other side has been having issues as well, as Macron came face to face with large-scale protests after a fuel tax hike.

The GBP to USD relationship changed as well, as the exchange rate rose to 1.2840 and then fell back to 1.271. The change is accounted for by the pressures currently present in the British Parliament as prime minister May comes into contempt for not releasing legal advice in the Brexit deal that was negotiated. It could be possible that the rate could hit or go even below the 2018 low of 1.2696.

The USD and Japanese Yen relationship exchange rate fell by about one Yen in New York, as trade tensions and wall street selloffs continued.

It seems like Forex was a little risk-averse yesterday. The world is currently closing observing the trade deal that might have been struck between Us and China during the G20 summit. The result will probably be determining the exchange rates for many months to come, with a trade deal still very much a possibility since neither side is revealing any important detail regarding the deal. The attitude of the stock market is also reflected in the Forex exchange industry, with no confidence being put into any promises by each side until more detail is revealed and the deal is officially struck.