Home - Forex Analysis - Currency - EUR/USD outlook: a new upward channel has been formed
Currency
by FXOpen on May 10th, 2019

EUR/USD outlook: a new upward channel has been formed 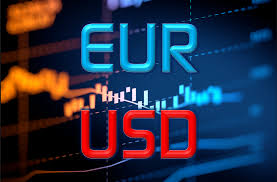 Yesterday’s economic data allowed the EUR/USD pair to break through the resistance level and fix a new weekly high near the 1.1250 level. The growth was possible after the US Dollar fell yesterday. The overall sentiment remained positive for the currency pair at the Asian session amid trade negotiations between the US and China. Recent reports of trade talks indicate that Trump will soon be talking to Chinese officials. Even the Chinese colleague calls for a faster settlement instead of a long Cold War. It is noteworthy that the trade problems that arose several years ago significantly influenced the various moods in the business world. The USD index may go further up against the background of positive data on the consumer price index for April.

The Euro found support near the 1.1175 and 1.1180 levels and recently recovered higher against the US Dollar. The EUR/USD pair broke the key 1.1200 resistance level to move into a positive zone.

The upward move was such that there was a close above 1.1210 level and 50 hourly simple moving average. The pair even broke a major bearish trend line at 1.1200 on the hourly chart.