GBP/AUD Down 0.46% After Few Days of Increase 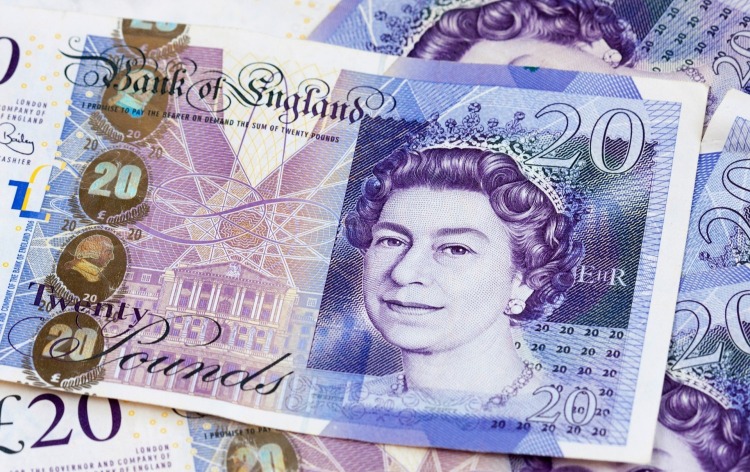 However, the recent movements on the market indicate that the prices are going down. Leading FX brokers in Australia are claiming that the demand on the currency pair has increased a lot recently, and many people started trading it. However, it is very much unclear which direction this changes will take, wich is why it is very much recommended for investors to use different types of fundamental and technical analysis before they start tridng the above mentioned currency pair.

Few days ago, the news that Brexit negotiations between the UK and EU has continued sent Pound to Australian dollar exchange rate considerably high. Last week, the price of the currency pair also saw a huge jump to the level of 1.8243. For this week, the gains were pretty strong, however, the trend has changed today. Yesterday, the price of the currency pair during the morning as as much as 1.8525, however, at the time of writing, it is down to 1.8285.

Experts on the market are claiming that if the hopes for deal about Brexit continues, the price of the currency pair might increase again. However, as of now, the task between the sides can take either direction, and it is very hard to see how the situation will change.

Prices of the Currency Pair Over Last Few Years 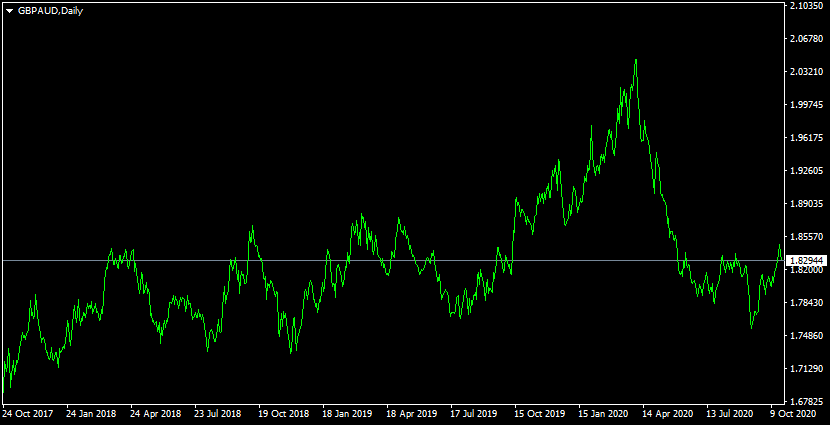 The line chart shown above indicates how the prices of the currency pair GBP/AUD has been changing over the last few years. It starts from October 24, 2017, and ends in October of 2020. As it can be seen from the chart, the price of the currency pair has been changing a lot in the recent years. It has started increasing significantly in 2019, and hit its highest point in March of 2020, during the first wave of the Covid-19 pandemic.

Howeve , the prices went down quickly. for the past few days, the price of the currency pair has been increasing as the hopes for talks between EU and UK increased, however, the price went down again today. There are many reasons for this, one of them being the second wave of the Covid-19, which started spreading in the UK once again.

Because of the situation that the market tis in today, it is very hard for investors to decide what to do. As the Covid-19 is spreading very fast around the world, different markets are changing very fast. Also, AUD is a currency that is very much influenced by the ongoing events around the world.

As the 2020 elections of USA are coming up, the price of this currency pair is changing very fast as well. Yesterday, there was the second presidential debate between Biden and Trump, the infleucne of which can be seen on the whole market. It can be seen even in currency pairs where USD is not involved.

As some of the experts are saying on the market, the Australian Dollar is predicted to enter a fresh technical medium-term downtrend against the Births Pound, however. But, it is still very much unclear which way the prices will go. If the task between the UK and Europe continue, we could see Pound getting stronger. Recently, after the renewal of the talks between the two sides, GBP increased significantly, and if the task continue, we could see the same trend.

Last week, UK officials have said that they were ready to walk away from the UK-EU Brexit negotiations. One of the main reasons for it is the fact that EU is allegedly showing signs of lack of compromise when it comes to some conditions. However, as both sides want to have some type of a deal, investors were hoping for an outcome, which helped GBP to go up. This week, one of the negotiators of the Brexit announced that the deal was close, which gave additional hopes to investors.

As of now, investors are waiting for a whole new round of negotiations between the two sides, and the officials representing the two sides are hoping to have some type of a deal by mid-November. Because of current situation, investors are advised to keep themselves updated about the ongoing events before making any moves.