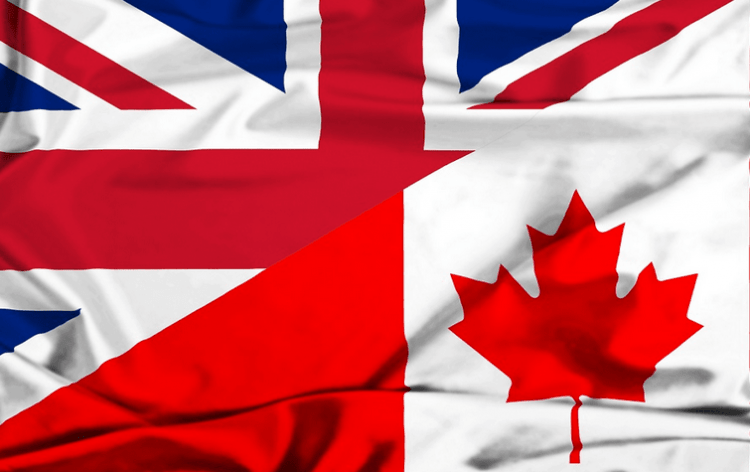 The world spent the past week keeping a close eye on the US dollar. The volatility of the US market in the face of the possible trade tariffs on China has resulted in a US dollar that has been more than all over the place lately. Though with US bond markets closed last night, the US currency remained just a sideshow, as GB Pound and the Canadian Dollar come to the centre of attention among traders.

It seems that the Canadian Dollar has spent the past 24 hours under a lot of pressure, as the oil price drops have caused the Canadian GDP predictions to have changed at the drop of a hat. This is all the result of the Bank of Canada reviewing its GDP predictions for 2019. Not surprising, as one of the biggest oil exporters in the western world, has a high dependence on the resource. While the price fall might be beneficial to the countries importing, it comes at a cost to countries like Canada. The Bank of Canada has also stated that a rate hike is unlikely, as their reports on the oil prices, state of businesses and current global trade wars weigh a heavy toll on the Canadian economy. This has resulted in the Canadian Dollar falling to its lowest point since June 2017, with CAD currently sitting at around 1.3399.

The current political situation in Great Britain is looking tense. The Brexit vote in the commons is approaching fast, scheduled to be held on the 11th of December. With the British PM being held in contempt by the Parliament because of Theresa May’s decision to not publish or disclose the full legal advice on the withdrawal from Europe, we are looking at a possibility of the vote on Brexit going to a second referendum vote. This might, in turn, lead to a backpedal on the entire Brexit decision by the public.

Considering all these developments, it is not surprising then that JPMorgan has changed its odds on the entirety of Brexit happening: the possibility of Britain remaining in the EU has been moved from 20% up to 40%, with a no deal Brexit falling from 20% to a measly 10%.  Even the Pro-Brexit international trade secretary, Liam Fox, admitted that no Brexit is a possibility. This has resulted in the GBP Sterling moving to a nice 1.28 from its previous low of 1.2724.

Get a fresh start of the year with whooping $1,000 in your pocket!

The rest of the work seen some changes as well. The USD to JPY change was notable as it went from 112.70 to 113.20 in a single night. As expected the AUD to USD relationship was the weakest one as a result of the GDP predictions changes in the past few days, with the downside going as low as 0.7300 post-data to 0.7260/70.

Do not be confused, while we did not start talking about the US Dollar yet, there are still things to be said about it. With the US bond markets being closed the USD had time to stabilize and go steady for the first time since early September.