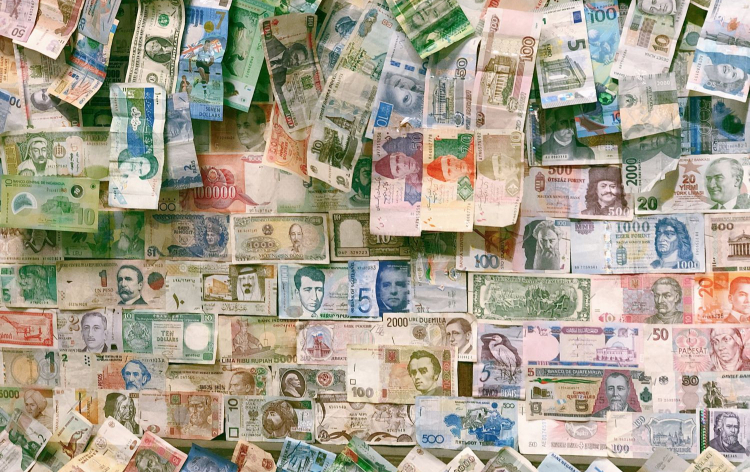 The British pound sterling hit the two-week high against the dollar today. This comes after leading experts of the market claim that the upcoming release this week would once again provide sufficient evidence that the economy of the UK is bouncing back from the deepest recession of the country in the past 300 years.

The strength of the Sterling has been very significant for the first quarter of the year. It was very much supported by the increasing expectations of the economic recovery as well as the very fast roll-out of the Covid-10 vaccine across the nation.

The country has recently re-opened gyms, hairdressers, shops, and pub gardens due to which, experts are claiming that the UK will have a much faster economic recovery than compared to the European Union, which is very much struggling to fight against the third wave of the Covid-19, spreading in the whole region very fast.

The vaccination in the UK is also going very fast. As much as 10 million people have already received both shots of the vaccine. 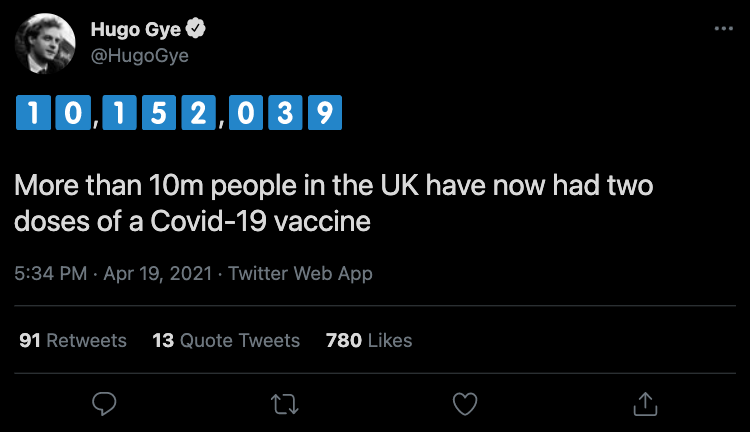 There are several things affecting the increase of the GBP/USD pair which has increased by about 200 pips from Friday. Experts say that one of the main things that boosted the currency pair is the weakness of the US dollar. Experts claim that the USD is suffering from two separate factors, including US Treasury yields and risky markets. However, at the same time, experts say that this trend could reverse.

In addition, as we have already mentioned earlier in the article, the opening of the economy in the UK is further helping the national currency. The latest vaccination data is also very positive in the country, further supporting the strength of the national currency. According to the latest data, as much as 42.8 million people have already received at least one dose of the vaccine, which is around 64 percent of the population of the UK. The number of deaths on Saturday was 10, which is the lowest recorded during the pandemic.

Vaccination around the world

Vaccination is one of the factors helping out the GBP, but how is the process going in other parts of the world? Other than the UK, there are several other countries that are following the vaccination very successfully, this includes the United States and Israel, where millions of people have already received the first doses of the Covid-19 vaccine.

However, the European and EU member states are falling behind drastically. European countries are also reporting increasing cases of coronavirus as the third wave of the pandemic is spreading very fast. As the UK announced a part of its economy to open up last week, European Union was forced to go back into lockdown amid a deadly third wave of the virus.

In the EU, lockdown measures, which were initially meant to expire on April 12, were extended further to May 3. Many countries in the region, including France and Germany, extended the lockdown. At the same time, German health experts warn that more young people are being hospitalized with severe cases of the virus. Experts are saying that the third wave of the virus in the region is driven by the so-called B1.1.7 variant, which was first identified in Britain.