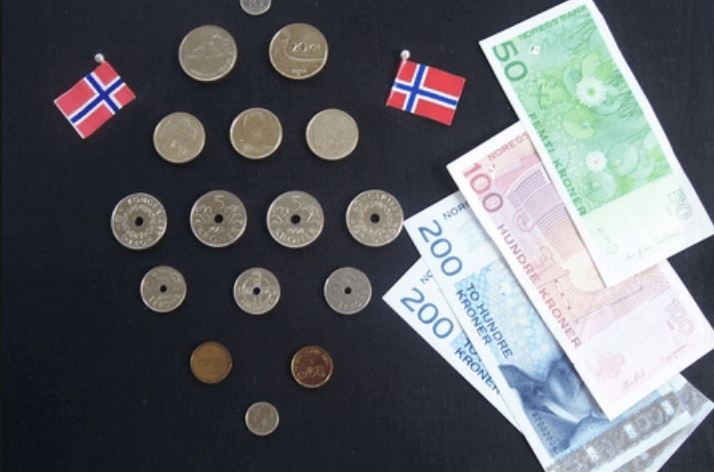 Higher krone hikes are to be expected in 2019 because of the fact that 2017 was the year that krone pretty much disconnected from the oil price. But this disconnect is not a complete one, because fluctuations in the price of oil is sure to still have an effect over the crone prices in the future. However this time it will be barely noticeable compared to last few years, suggests the webportal Norskcasino.online.

Even though Brent oil prices have rallied more than 11% this year, the Norwegian krone was not able to catch up. In fact, it dropped more than 7% again the euro marking one of its worst years. This phenomenon has left all the experts guessing why this happened because normally an increased oil price takes the krone along for the ride. However, the real reason for the krone lagging behind is that the Euro has become very strong this year. The political risks have decreased and eurozone growth has been as strong as ever. The last hit was probably the less accommodative monetary policy by the ECB.

Also, it is important to notice, according to Norwegian Forex brokers, the country has been moving away from the primary income of oil sales. The economy has been paid a lot more attention by the housing industry and of course, the non-oil sectors like retail and tourism have been contributing quite a lot to the country’s economy, leaving the oil revenue behind. This has made the krone a lot less sensitive to the oil prices, making it stand on its two feet. But there is still no doubt that a spike in oil prices will boost the krone nonetheless, because of the sheer amount of correlation, which can’t be disfigured by a small overtake of revenues from other industries. It is important to say that judging by the way the Euro has been going, Krone is still doing ok thanks to oil prices.

The oil industry has lagged behind the housing sector because the housing prices quickly came crashing down for some reason, leaving Norwegian officials in fear of having their real estate bubble burst.

The krone actually should increase in 2019 because of the policies we believe that the Norges Bank will implement. It is believed that interest rates will be increased by Norges Bank before the ECB can do something about it, further rallying the krone to the Euro. Therefore our predictions for the krone are currently very positive.

Furthermore the enormous increase in oil prices which are now sitting at USD 75 will surely help the krone out to gain some muscle. The only thing to consider is if the krone will suffer the same consequences it used to suffer with oil price falls in the past. Judging by the housing sector and other industry activity it is highly unlikely that oil price fluctuations will have a serious impact on it.