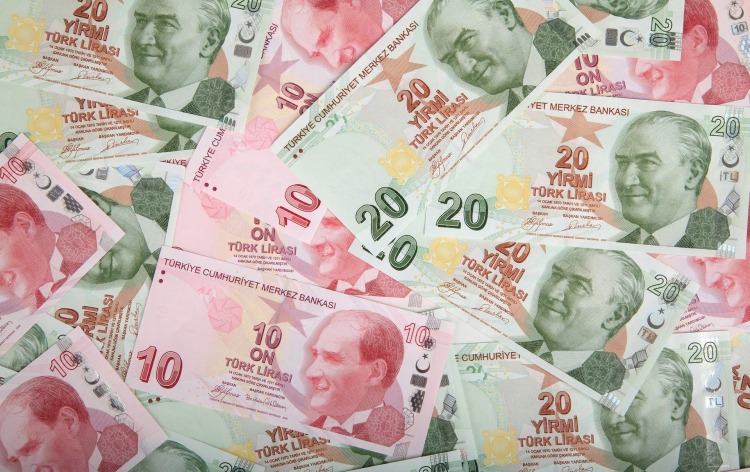 The Central Bank of the Republic of Turkey has revised the reserve requirements that it had. It was announced that the Central Bank reserves were at $84.5 billion in October 2020. The recent movements in the market have shown that the price of the currency pair USD/TRY is down more than 1%.

According to the special statement of the Central Bank of the country, the reserve assets of the country grew as much as 6.1% on a month-on-month basis. In terms of foreign currency reserves, it has increased by 12.4% and hit as much as $40.8 billion. For gold reserves of the bank, it stood at $42.1 billion in October, which translates to a 0.8% increase on monthly basis.

Prices of USD/TRY over the last year

At first, it can be seen that the prices of the currency pair were increasing in Spring 2019, after which, in Summer, a downtrend was visible. For the rest of the year, the changes in the prices were not that dramatic and were somewhat stable. However, as you can tell from the chart above, the prices started increasing more dramatically and drastically as the Covid-19 pandemic spread around the world.

The response of the currency pair to the worldwide pandemic and crisis should not come as a surprise. US dollar is known as a safe haven currency in the market. Safe haven assets have a tendency to thriving in times of crisis, and so did the USD. As a result, the price of it increased, while TRY went down.

Several times over the fall, the price of the currency pair hit record highs. However, recently, it has started dropping. As the top Forex brokers in Turkey are saying, for now, it is very unclear how the situation will continue in the coming days, weeks, or evens months.

One of the major reasons for this uncertainty is the political and economical situation around the world. As of today, the coronavirus is also spreading at a very fast pace, which is creating a lot of challenges. However, the fact that the price of the currency pair went down such signs might be a sign that the current ongoing events in Turkey are helping the national currency of the country.

For several months over the last two years, the prices of the currency pair were steadily increasing. It started showing the signs of slowing down after the 2020 Presidential Elections of the United States. However, it is very hard to say if the downward trend that we see right now will remain the same or not.

As we have already noted, the Central Bank of Turkey has published a special statement. The statement said that the reserve assets of the bak grew as much as 6.1% on monthly basis. As of October 2020, it has reached as much as $84.5 billion. The official statement was published on Friday.

At the moment of writing, USD/TRY is selling for 7.8275. This year, in total, the Forex reserves of the country have dropped by more than $82 billion. This is a huge number and is as much as a 22% decline when it comes to net reserves, it has dropped by half. The net reserves are negative right now.