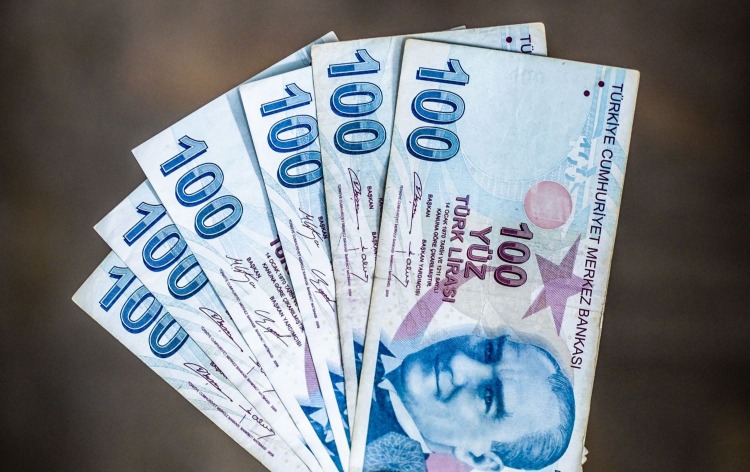 As the recent movements on the market shows, the price of the USD/TRY is increasing significantly a lot, after a short decline to 7.62 in the last week, the price of it is increasing steadily again. The rate which exceeded 7.79 yesterday, has been more than 7.80 for the rest of the day today, and it also hit a new record level of 7.86. The price of the Turkish Lira is also falling against other currencies as well, including EUR, GBP, CHF, and many others, which have seen record levels last week.

Recently, the president of the United States, Donald Trump announced that they have made an offer of $1.6 billion of stimulus against the requested $2.4, but the leadership did not negotiate and stopped the stimulus package talks altogether. After this, the dollar to close the trading day positively. There also are many other things that are working on the increase of the USD, and everything coming together is creating a very dangerous situation for Lira.

In addition to these, the situation in the region of Caucasus is having a huge effect on the Turkish Lira. Currently, the situation between Armenia and Azerbaijan is affecting the economy of the whole region, which can be seen very easily on the prices of the local currencies of the countries in the region, especially the one of Turkey. 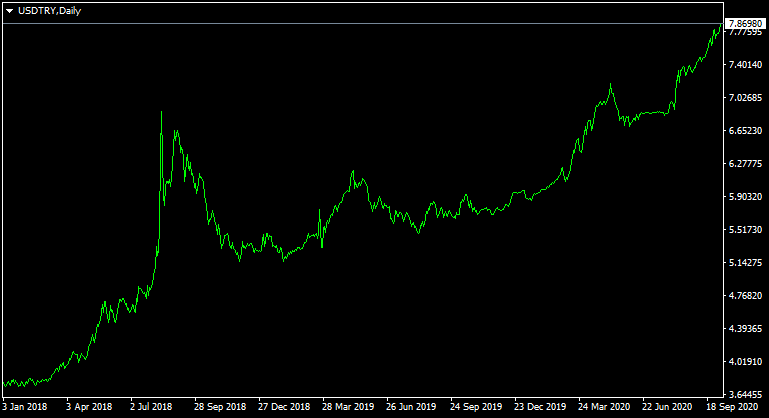 As the chart shown above indicates, the national currency of Turkey has had some tough times in the recent few years, however, the last year was the toughest. In recent months, the price of the national currency of the country has fallen down significantly. Many investors trading Forex with Exotic currencies are finding it very hard to tell how the price of the Lira can change in the future and not for the wrong reason.

As experts are saying, there are many reasons for these changes. Generally, this year has been very hard for many countries around the world. Because of the Covid-19 pandemic, most of the people decided to use more stable currencies, those that are known to be safe-havens in these types of situations, like USD. This resulted in the prices of currencies like the Turkish Lira to fall drastically. This recently was followed by other problems and challenges as well, especially the ones from the region of Caucasus.

Soon after, as President Trump announced that he was tested positive for the Covid-19, the prices of the USD increased once again, resulting in the downtrend for the Turkish Lira. This accompanied by other events had a huge effect on the current situation of Lira.

Apart from the ongoing clashes between Armenia and Azerbaijan, there are risks that the US might actually impose sanctions on Turkey for purchasing S-400s from Russia, and as experts are saying, this can lead to more problems for the local currency of the country. This all happening while the US elections are still on its way, the elections will have a huge impact on the currency of Turkey and many other markets around the world as well, so it is something that investors should look out for.