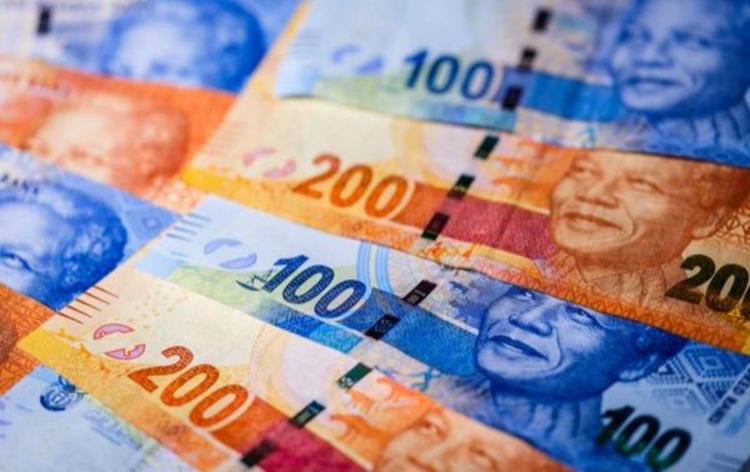 Recent movements on the market indicate that the price of the currency pair USD/ZAR is up by 0.65%. For the past several hours, the price of USD has been increasing significantly in pairs of other currencies as well. One of the main reasons for this is the fact that investors are positive about the new stimulus that is being discussed in the country.

The USA was hit by the Covid-19 pandemic a lot, which has left many people without their jobs. The situation was very hard at the beginning of the pandemic especially. However, now, although a huge part of the economy has reopened, the virus is spreading in the country very fast again. As the Presidential Election of 2020 is coming up, FX brokers on the market are claiming that many people have started trading USD.

The outcome of this year’s election is very hard to predict, and experts are saying that it will have a huge influence on many different markets around the world. In the last several weeks, we have already seen how much the presidential debates affected the price of the USD. 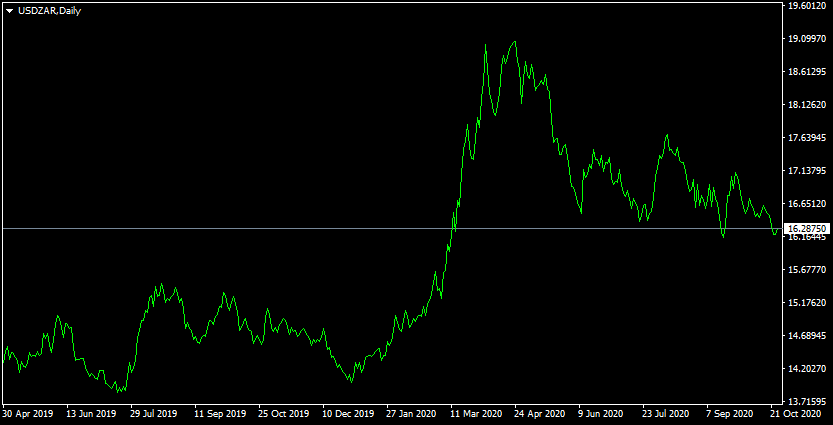 As of now, as the scares of the second wave of the virus increase, the price of the currency pair is going up again. USD is considered to be a safe haven currency on the market. Safe havens have this tendency of going up in times of crisis, which can be very well seen on the chart shown above.

Around the world, many countries have announced that the second wave of the Covid-19 pandemic has officially hit their countries. As a result of this situation, many countries are adopting new restrictions, while some prefer to fight against the virus without strict regulations. For South Africa, the number of Covid-19 cases is increasing steadily. As of now, there have been a total of 715,868 cases of the coronavirus reported in the country, while 646,170 have already recovered. There are about 1,500 new cases reported in the country every day.

The renewed hopes for the new US stimulus package could be passed before the upcoming presidential election is affecting the price of the currency pair a lot. Also, the Finance Minister of South Africa is expected to present the speeding plan of the government of the country for the next three years this week. The presentation of the plan will be held on October 28, and it is expected to have an influence on the price of the currency pair. Experts are saying that their plan will also include information regarding new tax measures.

The price of USD is also increasing in many other pairs as well, including USD/EUR. One of the major reasons for this is the fact that the Coronavirus is spreading very fast in Europe. Recently, France has reported more than 30,000 cases of the coronavirus in just 24 hours, which has resulted in the country adopting new restrictions in some of the biggest cities of the country. The virus is spreading very fast in the whole region of Europe, which has increased the price of USD/EUR.