Home - Forex Analysis - The financial markets show one of the worst results in the first half of the year
Forex Analysis
by lucas on July 15th, 2022 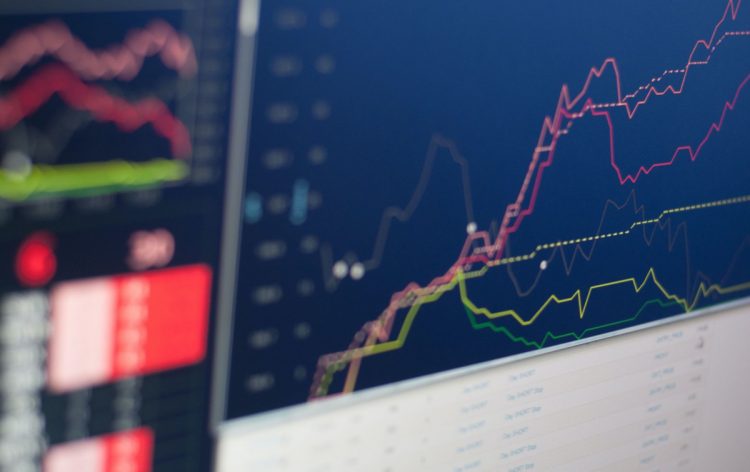 Nowadays financial markets are struggling. There were several causes that contributed to the stock market’s worst first half since 1970, but they all sprang from a single word: inflation. The cost of living in the United States has not been this high since the early 1980s.

When it comes to projections of “transitory inflation,” Federal Reserve officials, equipped with full-year forecasts that now look almost hilariously incorrect, lagged behind. This put an already frail market and economy in jeopardy. The S&P 500 has had its worst year-to-date start in almost half a century, as expected.

A 20.6 percent decline in the S&P 500’s first half put it in negative territory for the second quarter. Fears of a recession are weighing heavily on the minds of investors today. The Federal Reserve, as well as American firms and consumers, are all feeling the effects of excessive inflation. In spite of these disadvantages, the US has the strongest economy, the strongest currency, and the most domestically produced commodities. As a result, experts believe that the recession will be short-lived and mild. Investors’ concerns about the future of the global economy have kept Asian markets cautious going into the second half of the year. In this article, we’ll provide you with information on how the financial markets are struggling and what is the main cause of this.

For the first half of the year, the Nasdaq experienced its largest-ever percentage collapse, down 29.5 percent, while the Dow Jones Industrial Average lost more than 15 percent. This morning’s trading saw a 0.82 percent decrease in the Dow Jones Industrial Average, a 0.88 percent drop in the S&P 500 Index to 3,785.38, and a 1.33 percent drop in the Nasdaq Composite to 11,028.74 on July 1.

An S&P 500 is down over 20% six months later. The most aggressive and coordinated tightening cycle since at least the 1990s seems certain to continue despite further declines in asset markets.

However, we believe authorities’ propensity to inflict more pain on financial markets is still overestimated, even if they finally surrender.

The situation in the FX market is not much better. What is the current state of the dollar’s market value? An economic downturn that lasts for a long time is expected to weaken the national currency. As a result of this, traders started to seek for Forex brokerage accounts, like a pamm account, in order to minimze their losses and make their trading process more cost-effective. Some investors believe the US currency might face a different outcome. A safe-haven asset like gold will outperform other commodity currencies like the pound sterling. As a result, the greenback is gaining traction. There’s been another 0.7 percent improvement this week in its index’s overall performance. In addition, the dollar’s performance in the second quarter was the best since 2016. During the Asian trading session, it saw an increase in its index to 104.97.

As Russia’s assault on Ukraine proceeds, global commodities markets remain in chaos, while global supply chains remain choked due to China’s persistent zero COVID policy. When it comes to actionability or trustworthiness, seasonality inclinations are still discounted. As a commodities currency and a hazardous investment, the Australian dollar is losing ground to the US dollar. The Reserve Bank of Australia’s hawkish policies and the partial lifting of COVID restrictions in China provide some support for the Australian dollar. The Australian regulator, according to Governor Philip Lowe, is unlikely to follow the US Fed’s lead and not hike the main interest rate by 75 basis points.

From a seasonal viewpoint, June was a constructive month for the EUR/USD. With an average gain of +0.57% during the previous decade, it has been the third greatest month of the year. Much of the surge in inflation was caused by supply chain limitations that the Fed expected to overcome. Prices have skyrocketed as a consequence of the increased inflation rate. Considering that the price of electricity and food rose as well, the expectations of an increasing inflation rate have expanded not only among the financial market investors but also among ordinary consumers.

Nowadays the fact is that the financial markets are facing a crisis, because of the global economic downturns. Accordion to analysts one of the main reasons which led the world to this situation is the war between Russia and Ukraine. As a result of this war, the US inflation rate expanded, so, Fed was forced to increase the interest rates, in order to avoid future recession. As the U.S. is one of the major countries around the world, the stock, forex, and other financial markets started to decrease in volume and value. What will be in the future it’s a matter of time. In order to make financial markets recover, authorities of leading countries need to take some effective measures and make their monetary policy more successful.