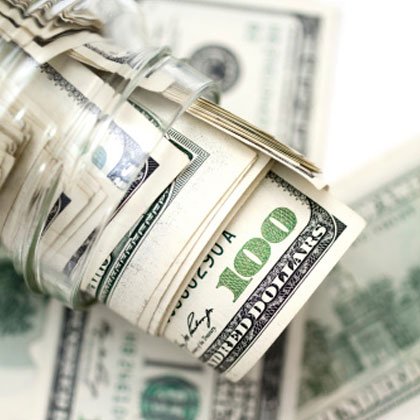 Hollywood celebrities have often tried to diversify their income streams as their expensive lifestyles demand a solid financial base. But many of these stars have burned their fingers as they learn that appealing to people’s emotions in movies and making a profitable investment can be worlds apart.

But Ill-fated celebrity investments are a lesson that talents have limits and trying to overstretch the can cause serious pain in the heart and the pocket. Here are some celebrities who learned the hard way that Wall Street is not Hollywood.

Paul David Hewson, better known as Bono, made money in music and entertainment industry. Like any ambitious man, Bono founded private-equity firm Elevation Partners, focusing on investment in promising media and entertainment assets. Elevation made several smart investment moves, including being an early investor in Facebook and Yelp. The firm more than doubled its investments in BioWare and Pandemic Studios after the businesses were acquired by Electronic Arts for $620 million. Elevation had invested $300 million in the studios.

But Palm was a different story. Used to buying low and selling high, Elevation failed the math with a $460 million investment in Palm that only yielded $25 million after the firm decided to dispose it following years of losses.

All was just fine with Jay Z, with the hip-hop star raking in millions from his entertainment business and other ventures. Until a failed luxury hotel investment burned his fingers, Jay Z looked like that rare smart investor immune to making investment blunders.

What happened? It was around 2007 when Jay Z’s thirst for more money led him to venture in hospitality business with a luxury hotel in New York City. The musical acquired a 150,000-square-foot luxury hotel facility in the Chelsea neighborhood. But before Jay Z could finish setting up what was to be J Hotels, the Great Depression began to unravel. That led Jay Z and his partners to default on a $52 million loan they took fund the investment. The hotel property was seized by lenders and Jay Z and his partners got entangled in a legal battle leading to a 2010 out of court settlement whose terms weren’t disclosed.

Jay Z has made more millions since that disastrous investment move, but the lesson lives on.

Dorothy Hamill, a professional skater and 1976 Olympic gold medalist, told a media out let that “money is evil” after a string of investment misfortunes that pushed her into bankruptcy.

Ambitions led Hamill to acquire a struggling business without knowing what she was getting into. That business was a company called Ice Capades. The company had signed Hamill for a lucrative contract commanding $1 million a year, the first such contract for a female American athlete.

When Ice Capades filed for bankruptcy in 1990s, Hamill reasoned it would be wise to buy the company and turn it around into a money minting machine. But unknown to her, she was buying her own bankruptcy a few years later. Hamill unsuccessfully tried to turn around Ice Capades, leading her into bankruptcy in 1995.

But that investment misstep didn’t finish Hamill. She began to pick up the pieces and among other sources her New York Times best-selling book A Skating Life brings her some revenue.

Investment opportunities have expanded in recent years, allowing not only celebrities but every investor to diversify their investments and maximize returns. For investors interested in safe haven assets, the options are many as cryptocurrencies are quickly emerging as sweet alternative safe haven investments. Online forex brokers have also continued to widen investment opportunities by adding more currencies to their platforms. Some online trading platforms are also moving to social trading, allowing newbie investors to trade like experts.