Home - Top Stories - Australia is limiting iGaming, is Forex next?
Top Stories
by Konstantine Beridze on May 7th, 2019

Australia is limiting iGaming, is Forex next? 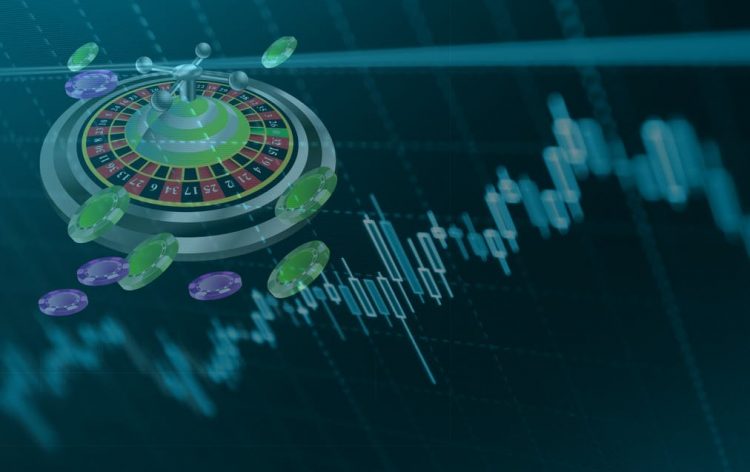 At the end of 2017, it was discovered that in the years 2016 and 2017 that Australians, collectively, had a bet, wagered or gambled with around two hundred billion US dollars. That is an incredible amount of money, especially if you consider how much of it they had probably lost. As a result, ACMA, the regulatory body responsible for regulating media and entertainment within the borders of the continental country, decided to introduce some reforms into the system that would limit the gambling industry in scope and, hopefully, reduce the gambling problem as per their plan. Some things worked out, others didn’t, and now we have a slightly different industry that has placed monumental limitations on online interactive gambling through the Interactive Gambling Act.

The limitations placed have been quite extreme, limiting all kinds of online gambling venues, iGaming venues, and other potential websites that could be related to gambling. They disallowed for any company that is based within Australia to offer online gambling services to people within Australia. Companies that are from abroad might still offer such services, but they will also be highly restricted and under strong strict scrutiny, as ACMA reserves the right to launch Federal investigations, civil and federal suites, as well as get in touch with foreign licensing companies to prevent companies from gaining licensing again. Only companies that are able to offer their services in a specific way are able to retain their licensing and keep working within Australia. So if a company is offering Australia specific slots games, they might be able to bypass the regulation and offer their services to Australian clients. But the licensing requirements and restrictions on operation are numerous and hard.

With such a strong crackdown on internet iGaming services, some people have started wondering whether the retail Forex industry is going to be seeing similar changes. And the expectations are not baseless – just like with gambling, retail trading tends to be a highly competitive industry with high rates of investment and sometimes loss. As a result, many have likened it to the gambling industry and presumed that it might be a drain on a country’s financial well being. Explorations into the industry over the past years has even yielded some sensationalized headlines and exposes on the nature of certain brokers. Claims that they act more akin to bookmakers, rather than brokers and looks at scam brokers have caused a certain level of unrest, especially in the hands and heads of certain officials.

Is online retail trading in danger?

Australian regulation towards Forex has always been strict. ASIC, the body regulating these companies and providing operational licenses to them, is known around the world as one of the most reliable and strict bodies. Their requirements align with some of the highest on the international stage, with operational capital requirements of at least $500 000 and strict oversight being one of the main identifying qualities of the regulator. But it seems like certain parties are worried about the industry even despite the strict regulation already in place.

This sentiment seems to be driven mostly by the recent crackdown on gambling and the resulting regulatory reform. While Forex and gambling might be entirely different types of industries, some people do not see it that way. Many perceive the two industries to be related in the way they work and allow users to operate in relation to determining when to trade or when not to trade. There are advocates within the industry trying to raise awareness of the industry tools and how trading is done. They often point towards the highly mathematical techniques for analyzing market movements and the indicator tools providing information on the nature of changes taking place in the market. Yet, their voices are not being heard as Australian regulators look towards the rest of the world in their attempt to understand what positive change in regulation might look like.

Europe as a guiding light

One place that seems to be attracting the attention of many eyes and minds is Europe, and the recent EU wide regulatory reform run by ESMA which local regulators had to embrace. The regulation introduced a concept of the professional trader, which to qualify for, a user has to be able to prove at least two of three things. They either need to have appropriate capital, a track record of working as a Forex or a proven, long term relationship with the broker they are trying to trade professionally with. Once a user qualifies as a professional trader, they will have access to all of the trading benefits they always had. Those who do not qualify will face certain restrictions in their trading. Specifically, the maximum leverage they have access to since the introduction of the regulation is 1:30, which is much lower than previously accessible. This restriction has caused the discontent of a number of local traders, but so far, there have not been studies on the final effects of the regulation.

Additionally, Forex brokers are barred from offering funds as a form of promotion to start trading on their platform. This means all no deposit bonus offers, deposit matching bonus offers or otherwise special funds received for starting to trade with the broker are now disallowed across all of Europe. This might seem like a small thing, but many users have had a chance to try trading on the Forex markets simply because they had received one kind of bonus or another. There are other, additional regulatory decisions related to the ESMA legislation, but these are the ones that currently seem to be affecting the markets the most.

If these are the regulations that Australia will be introducing, it is not so bad. As long as the online retail trade of Forex is not banned, there should not be much difference in how the markets work – with or without bonuses and so on. Although some people might find it hard to enjoy the changes, as long as the markets are not banned from operating, there should not be much of a problem.