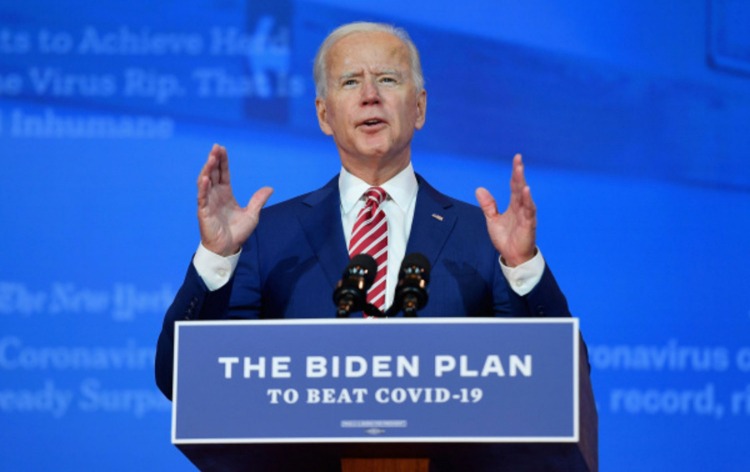 On Thursday, President-elect Joe Biden unveiled the details of the $1.9 trillion coronavirus relief stimulus package. The package is called the ‘American Rescue Plan’ and is created in hopes of supporting households and businesses throughout the pandemic.

The stimulus calls for direct payments of $1,400 to most Americans, which will bring the total relief to $2,000. This includes the $600 payments in December. Biden’s proposal is already causing confusion and anger for different reasons. Some say that the expected that the package would include $2,000 direct payments on top of the $600. On the other hand, there are others saying that the government will have a very hard time finding enough resources to pay off such a high package.

The $1.9 billion coronavirus stimulus package may work as a double-edged sword for investors. While it might help to sustain optimism for the further revival of the economy, it can also raise worries over how the country will for this package.

The highly anticipated package has initially helped lift the S&P 500 index by nearly 3%. On the other hand, we saw a slide in Treasuries, because there are huge worries about how the government will pay for it. Experts are saying that the government will need to fund the spending with more debt, which will further push yields to the highest levels since March 2020.

Some experts are saying that right now, the market is celebrating the additional stimulus because they see it as a way towards fully reopening the economy. But, on the other hand, there are some that say that markets will have to pay for this in the form of sharply higher interest rates or increasing tax rates. This, in turn, could cap equity valuations.

Some investors have already noted that they are worried about the stock valuations. They are saying that earning will have to be significantly strong and high in the coming year to justify the stimulus.

After the announcement of the package, the S&P 500 is trading at 22.3 times forward earnings estimates. It is near its all-time high of 24.4, which was recorded in March 2000. On Thursday, the S&P 500 dipped about 0.4%. Since the start of January, it has dipped approximately 1.1%. This year, significantly successful were cynical stocks that benefit from stimulus packages. This includes banks, which are p over 10% for the year to date.

On the other hand, companies that were doing exceptionally well last year are down. For example, the technology sector is down nearly 1 percent. Rising yields, which is predicted because of the stimulus package, will threaten the companies with longer-duration cash flows, including technology and growth shares.

How is the money going to be spent?

With the proposed stimulus, President-elect Joe Biden calls for several things. First of all, it is additional direct payments of $1,400 to December’s $600 payments, bringing it up to a total of $2,000.

The plan also envisages the increase of the federal, per-week unemployment benefit to $400 from the existing $300 and extending it through the end of September. The federal minimum wage should also be increased to $15 per hour, while the period of the eviction and foreclosure moratoriums will be extended until September.

According to president-elect Biden, the plan is the first of the two major spending initiatives he will seek in the first few months of his presidency. The second bill, which is expected in February, will be aimed at created new jobs, reforming infrastructure, combating climate change, and advancing racial equity.

Democratic leaders were quick to support the decisions and measures announced by the president-elect. On the other hand, there are others claiming that such a high stimulus package might overwhelm the economy of the country. Some are saying that it could lead to increased taxes and interest rates, which could lead to further problems for investors in the USA.