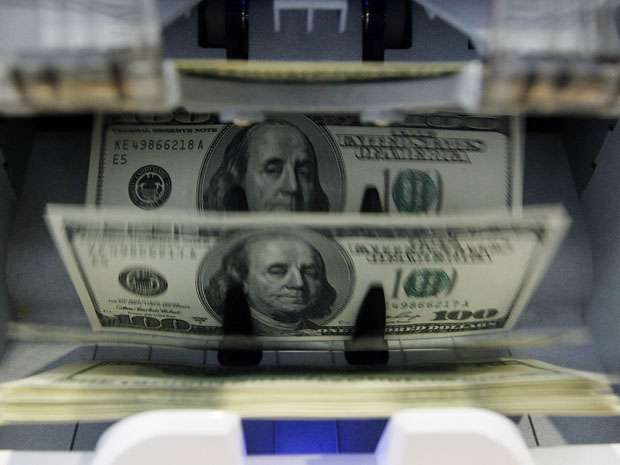 Last week’s trading was marked by continued volatility in the forex market. GBPUSD registered the greatest move for the week with a 1.94% slide. USDCAD sank 0.92% in the week, for the second-largest currency movement.

Below is how the biggest currency movers performed last week:

The dollar’s growing strength last week weighed heavily on the common currency Euro, with EURUSD for the first time since July falling below 1.10. The greenback has in the recent weeks been buoyed by prospects of a Hillary Clinton victory in the U.S. presidential election coming up on Nov. 8. Last Friday, October 14, EURUSD eased 0.78% to 1.0971, marking the trough for the week.

Euro struggled against the dollar last week, falling in four of the five trading days. The only day that EURUSD turned up was Thursday, October 13th, when it gained 0.45%. EURUSD losses in the last week were in the range of 0.56% to 0.78%.

While the dollar seems to be gaining strength from bullish political and the Federal Reserve rate hike expectations, Euro, on the other hand seems rattled by expectations that the European Central Bank might begin rolling back on its aggressive easing measures. 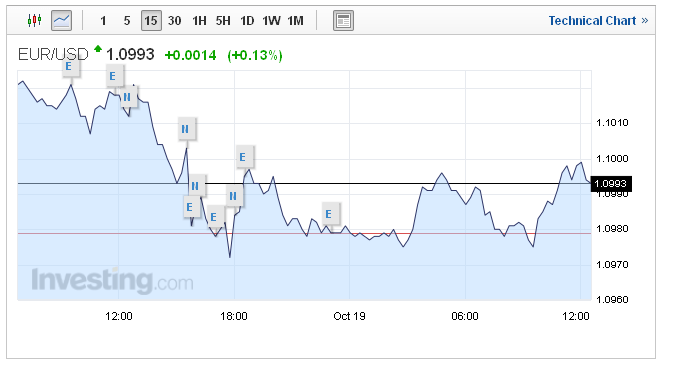 The largest movement in the GBPUSD pair last week came on Tuesday, October 11, with their pair sinking 1.94%. That followed a 0.57% decline on Monday, which was repeated on Friday as the pair eased 0.55%. However, GBPUSD did manage to make some gains within the week, rising 0.70% on Wednesday and rising again 0.38% on Thursday.

The gains that the pound made against the dollar last week were mainly due to slower than expected growth in U.S. payrolls for September. The economy added 156,000 jobs, below 172,000 that economists were expecting for the month. However, the slowdown wasn’t enough to seriously hurt expectations of a rate hike by the Fed before the end of the year, thus allowing the dollar to rebound.

The greatest move in USDJPY pair last week came on Monday, October 10, with the currency pair advancing 0.67% to 103.61. It was a volatile week for USDJPY, impacted at some points by downbeat U.S. payrolls data. The U.S. only added 156,000 jobs in September, missing the expectations for 172,000 new jobs. The Unemployment rate also rose in the month to 5%, yet economists were looking for the employment rate of 4.9% for that month.

The volatility in USDJPY saw the pair give up some gains after Monday’s rally, losing 0.09% on Tuesday. USDJPY gained 0.66% on Tuesday, lost 0.49% Thursday and managed to close the week higher at 0.48% Friday. 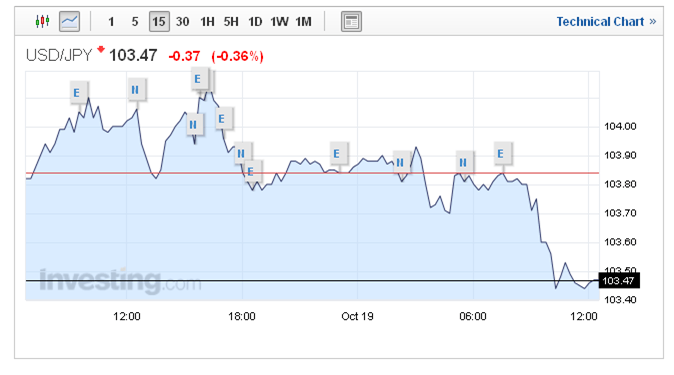 AUDUSD registered a string of gains last week. The greatest move in the currency pair was a 0.89% decline registered on Tuesday, October 11. Other than that loss, the Aussie largely gained ground against the greenback. Weak U.S. employment numbers weighed down the dollar as it seemed to some investors that the Fed may delay its planned rate hike in December.

Trading in USDCAD was volatile last week, with the currency pair sinking 0.92% on Monday, October 10 amid a reaction to lackluster U.S. employment data. But the dollar recovered in the following two days, with USDCAD rising 0.66% on Tuesday and 0.11% on Wednesday. However, the greenback failed to sustain the gains, giving up the gains on Thursday when it slid 0.65% and continuing the downward trend on Friday with a 0.38% decline.

The forex market is experiencing volatility at a time when regulators have also stepped up their crackdown on retail forex firms to weed the industry of unscrupulous brokers.

In the recent times, fears have grown that the clampdown could impact forex firms’ marketing techniques such as bonuses for new accounts.