Brent oil fell to a minimum of five months 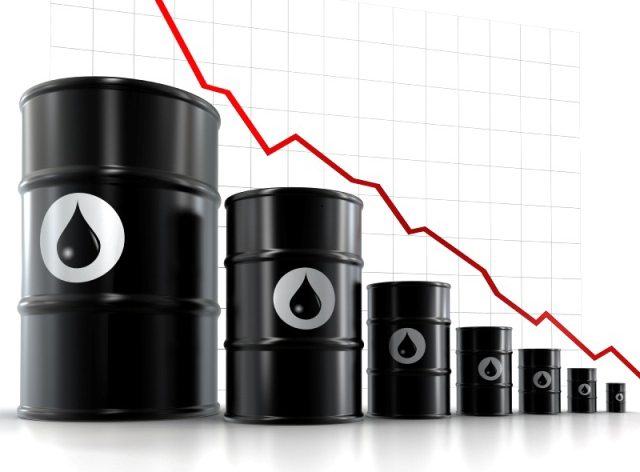 This week, the cost of Brent crude oil fell to its lowest level in the last five months. During the downward price spiral oil for the first time since January of this year dropped below $ 60, to $ 59.45 per barrel.

Because of what prices have decreased

The fall in prices was triggered by official statistics on US oil reserves. According to the US Energy Information Administration (EIA), last week, stocks in the country rose by 6.8 million barrels, to 483.3 million. This is the maximum level since July 2017.

Such an increase was due to a record level of production, a jump in imports and a decrease in the activity of refiners, these organizations indicate. Despite the beginning of the summer car season in the United States, the country’s oil reserves exceeded five-year average levels. This happened despite the decline in production by OPEC + countries and a drop in oil supplies from Iran and Venezuela.

“Large stocks reinforce the negatives associated with the risks of a slowdown in economic growth due to the escalation of trade disputes. The mood of the players is becoming more pessimistic, and the expected reduction in production at OPEC + and sanctions against Iran are fading, ”said Norbert Rücker, chief economist at a Swiss bank Julius Baer, ​​who commented on the market situation. “Moreover, with current quotes, Saudi Arabia does not see any strong incentives to mitigate the artificial shortage of supply in the market.”

Oil prices have been falling since April 24th. They react to fears that the escalation of trade tensions between the US and China will negatively affect the global economy and oil demand. Market sentiment worsened even more after the release of negative macro statistics in the United States and the news that the World Bank lowered its forecast for global GDP growth for 2019 from 2.9% to 2.6%.

The US manufacturing activity index (PMI) from IHS Markit in May fell to its lowest level since September 2009, reaching 50.5 points against 52.6 a month earlier. Similar indicators also declined in other countries.

Agency ADP reported that the number of jobs in the US in May increased by 27 thousand. This is the weakest figure since 2010. For comparison, in April 2019, the increase amounted to 271 thousand.

What will happen next

Under the circumstances, some experts began to lower oil forecasts. “We maintain a neutral look, but lower the forecast for oil prices. On the horizon of three and twelve months, Brent will trade at $ 65 and $ 57.5 per barrel, respectively. On the supply side there are many risks. However, any price increase will be short and small, including due to the deterioration in demand forecasts, ”Norbert Rücker of Julius Baer predicted.

Crude oil price found support near the $50.70 level and recently corrected higher against the US Dollar. The price climbed above the $51.00 and $52.00 resistance levels to move into a positive zone.

The price is currently trading with a positive bias above the $53.00 level and it seems like there could be more gains in the near term.