Why Dollar Is Seen Catching Up With Euro 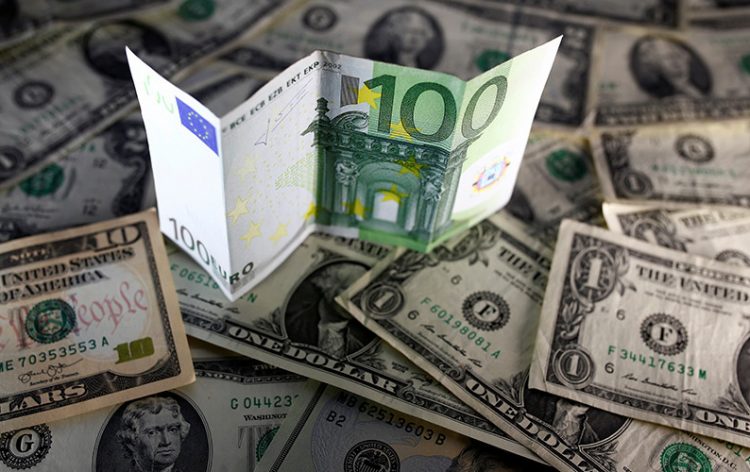 Foreign exchange experts at Societe Generale have done their analysis and come up with a conclusion that the U.S. dollar will in the coming few months trade in parity with the euro. If that happens, it will be the first time in nearly 15 years that the greenback has caught up with common currency.

As per Societe Generale, hopes of more rapid growth of the U.S. economy under Donald Trump’s administration and political uncertainty in Europe are the catalysts expected to strengthen the dollar or weaken the euro, leading to the two currencies hitting parity in early 2017.

The euro has struggled against the greenback since the surprise election of Trump as the 45th President of the U.S. on November 8. EURUSD has dropped about 6% since Trump’s victory, sometimes testing lows of $1.06 last seen almost a year ago. But pressure on the single currency is not about to subside according to Societe Generale, which now predicts EURUSD testing a $1.00 bottom in 1Q17.

One of the reasons the greenback is expected to gain ground against the euro is that political uncertainty in European is seen piling more pressure on the single currency. Political uncertainty in Europe has been heightened by a wave of populist uprising backed by surprise outcomes of Brexit vote and election of controversial billionaire Trump as the president of U.S.

As Europe approaches its own elections, Brexit and Trump’s victory reverberate and investors fear they will inspire more populist uprising in the Eurozone. Several members of the European Union have elections starting in the coming few weeks to early next year. Italy is gearing up for a constitutional referendum in the coming weeks and Germany, France and Netherlands have national elections in 2017.

Investors are worried that unexpected outcomes in these elections could rattle the Eurozone economy. That is leading wary investor buy dollar and sell euro.

The Eurozone economy is far from stable and fresh volatility in the region is feared would slowdown recovery. The European Central Bank has kept lending rates low and is buying bonds as part of the measures to increase money supply in the bloc’s economy to spur growth.

Expanded fiscal spending in the U.S. to bolster the dollar

In contrast, Trump has proposed to expand government spending in the U.S. to stimulate more rapid economic growth. The President-elect is particularly looking to expand spending on infrastructure projects.

Additionally, Trump has proposed allowing U.S. companies an opportunity to repatriate their offshore cash at a lower tax rate than normal. U.S. companies have almost $2 trillion dollars stashed in overseas accounts and they have been avoiding bringing the money hope because of the nearly 40% tax penalty. A 10% special tax rate for repatriated cash would encourage them to bring the money home and invest it in domestic economic growth. As such, investors are buying the dollar in anticipation of these economic growth prospects.

Furthermore, the Federal Reserve is expected to raise benchmark lending rates at its policy meeting next month. Higher interest rates benefit yield-bearing dollar-denominated investments and that also explains why investors are dumping the euro and buying the dollar ahead of the Fed’s December policy meeting.

Fears over currency volatility ahead of the U.S. presidential elections lend several large forex brokers to increase the cost of trading certain currency pairs as a measure to help clients from incurring huge trade losses. But many of those brokers have been restoring normal trading costs as calm returns to currency market.