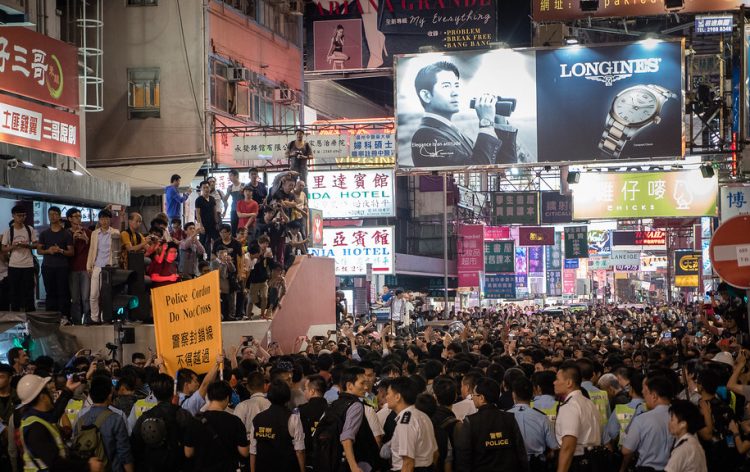 It has been around 15 years since the last time the Hong Kong real estate market has shown any kind of movement other than up in terms of value. But, after a weekend of turmoil that has been unparalleled in years, the HongKong property index managed to fall by nearly one per cent, sending many investors into a state of panic. The fall was to be expected, especially following the months of protest and days of some of the most violent clashes and demonstrations that the city has ever seen. The market is not going to be recovering any time soon or in any easy manner. The political situation in the area seems to be only worsening as time goes on, and it seems like the clashes between protestors, white shirts and the police are only going to get worse.

The fall of the Hang Seng stock index has been described as an end to an era of prosperity. The one per cent change is being seen as a beginning of a catastrophic trend of the local real estate market, and the beginning of some very hard times for some o the largest developers in the area. The companies are already seeing a lot of trouble coming their way.

Link Real Estate Investment Trust, the Wharf Real Estate Investment Company, New World Development and the MTR Corporations all went down in value. The changes were 2.8 per cent, 4.7 per cent, 3.6 per cent and 3.2 per cent, respectively. These are some of the largest development and property management companies in the area. They hold shares and run some of the major infrastructures in the area, including shopping centres, and the rail network within Hong Kong. The fact that these companies went down so drastically in value is only just the initial indication of the trouble that seems to be on the horizon for the local development market.

According to the local market specialists, the clashes are putting some major stress on the local economy. According to Dickie Wong, the recent turmoil s lowering the level of trust that the international community has towards Hong Kong. He believes that the political situation and protests are only going to further dissuade tourists, investors and potential businessmen from coming into the area. The local government officials and business leaders agree with this evaluation. According to them, the protestors are hurting Hong Kong and not even realizing it. The problems that the local economy are facing are all currently being blamed on the politics of the protest.

Companies suffer, so do the people

It seems that some of the companies that have been suffering the most are the ones that were popular destinations for tourists to visit when they first arrived in the area. One of the main victims of the decline, Wharf, has seen a huge decrease in spending by tourists, which is causing the company to lose a significant chunk of its revenues and making it face some of the largest decreases in stock value. The company has been around since the 1880s and has since then become one of the main property holders in the area. The company manages some of the largest trading and entertainment centres in the entire area. It is only one of the business that is suffering from the issues that are brought up by the protest.

But the companies are not the only ones suffering. The locals who are protesting are facing more and more adversity from day-to-day. The governmental officials are blaming the protestors for the issues faced by the markets and by the people, every day. The protestors have to face off against local police that is now using force in order to disperse them, while also having to deal with masked individuals trying to beat them into submission.

It seems that the current situation in Hong Kong is only going to get more inflamed with the problems of the markets becoming more prevalent, and the protests becoming more and more violent. What the short term future holds for the people we cannot be sure, but we can be confident that the damaged being done to the markets is only going to get worse. The only thing to consider now is what the long term future of the area holds for the markets and for the people, and hope for the best.