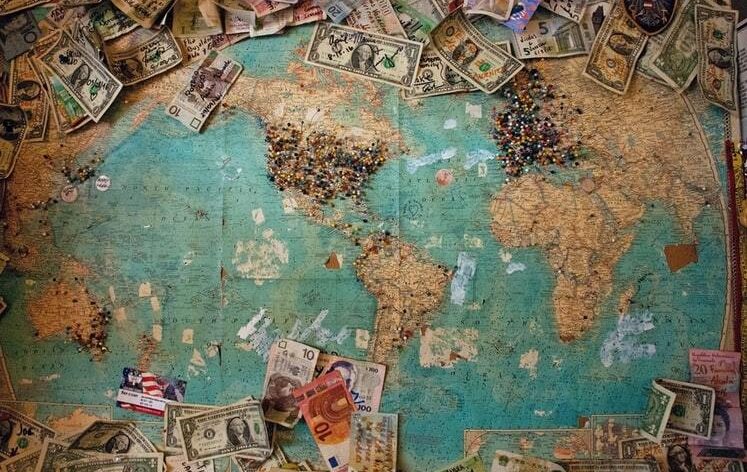 If you’re a Forex trader, here are the currency pairs that are worth your attention in September.

The trading market mood is upbeat in September as the U.S. economy added 235K jobs in August. The EUR/USD currency pair is expected to reach 1.2014, and it capped by 1.1909 in July. The currency pair rallied higher during August, and analysts expect it to maintain an uptrend. The American dollar gave up some ground last week but remained the strongest currency on the Forex market. The equities improved performance, and bouncing government bonds influenced its demand. The spreading of the Delta coronavirus variant and the possible effects for the American economy affect the Forex market as investors wait for the Federal Reserve to communicate its stand on the matter.

If it were to review the G10 FX space, we’d see that Antipodeans are losing ground as the AUD/USD pair reached 0.7400 after the number of new COVID-19 cases increased in New South Wales and the prices for iron ore and oil dropped. The Australian dollar is at a weak point as it settled against the USD at 0.7130, close to the value it registered at the beginning of the year when it was at 0.7105. The kiwi is listed on the market at 0.7150, and the pair USD/CAD reached 1.2545.

There is plenty of opportunity for trading currencies, but if you’re a novice in the industry, you may not know what pairs to add to your portfolio. As shown above, not all currencies and pairs are created equal, and you may feel bamboozled by the pool of options. Each currency pair has unique features and acts in a particular way. Some of them have more volatility than others.

This article presents you with the Forex currency pairs that are worth investing in.

Forex experts still argue if there are seven or eight major pairs, so it’s best to define a major what a currency pair is before listing the major ones. The American dollar is the strongest and most widely traded currency because the United States economy is the largest worldwide. The USD is the dominant reserve currency globally and preferred global exchange currency, so it carries significant weight on the market, and most U.S. brokers encourage traders to invest in pairs that include the USD. Most major pairs include the U.S. dollar.

However, the list of pairs isn’t conclusive as the currencies vary according to the oil price movements. The prices of the major pairs are also influenced by unexpected world events and economic news announcements. The feature all currency pairs have in common is that they represent countries with great financial power and high volumes of trades. The five pairs listed above are popular on the market because they have volatility and liquidity and present great investment opportunities for Forex traders.

However, only because they’re the most popular pairs, it doesn’t mean they’re also the best to trade because they have low spreads and provide benefits mainly for retail Forex traders. As a novice, you should know what the top major currencies are and learn to identify price patterns and behaviors.

Before getting to the best currency pair to trade in Forex, let’s talk a little about exotic currency pairs. They include currencies from emerging economic states like Brazil, Mexico, and Denmark. Some popular examples are

The drawback is that they have quite low volatility, and it’s not recommended to trade them when you can invest in pairs with greater potential.

Which is the best currency pair to trade in Forex in 2021?

There are over two hundred countries on the planet, so there are plenty of currencies to choose from. And let’s not forget that you can also trade cryptocurrencies on the Forex market. You have hundreds of opportunities to invest in a profitable trade daily if you know what pair to choose. Everyone wants to know what the best currency pair to trade is, but there’s no simple answer to this question.

For you to identify the pair that’ll work best for you, you must understand what makes a good forex currency pair. It needs to include one of the most popular Forex currencies USD, CHF, JPY, EUR, CAD, GBP, or AUD. A mix between these currencies is a good choice.

The most-traded Forex currency pairs in 2021

EUR/USD is the most popular pair on the market for beginner and professional traders. However, even if it’s pretty popular, its volatility isn’t too high, making mapping easier. You need to be patient if you trade this pair because the price usually gets stuck in a tight range.

Due to the history between the United States and the United Kingdom, the GBP/USD pair is also popular. A series of macroeconomic pairs influence its evolution, and events like Brexit bring serious profit for traders.

Investors labeled the Swiss franc as safe heaven because of the country’s low inflation, so the USD/CHF pair is also popular because the moves are significant.

The USD/JPY pair is popular among professional traders because it has unique characteristics, and it’s impossible to tell when the price breaks out.

The AUD/USD pair has a quite high volume and volatility because the AUD is affected by commodity prices.

Cryptocurrencies also remain in a consolidative mode because Bitcoin reached $51,000, and Ethereum is about to hit a new lifetime high.

Charlies spent the early years of his career working in a forex brokerage, which gives him an edge over many other writers to write concise and clear reviews of each and every brand ForexNewsNow encounters. His hands-on experience with working in such an environment helps him craft only the most factual opinions in the industry.