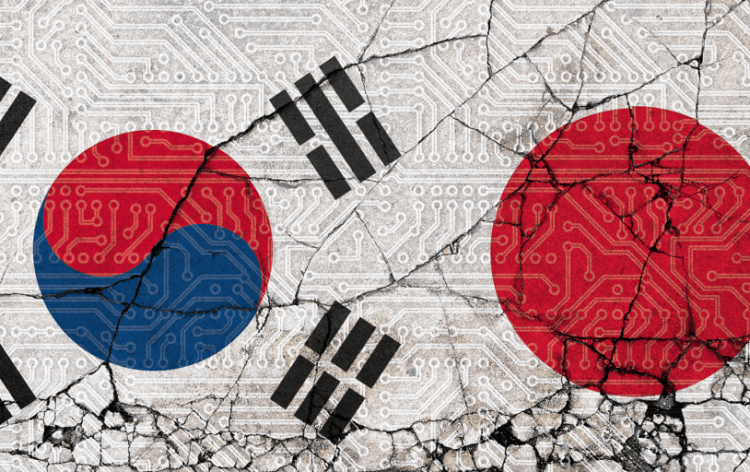 Protectionism is on the rise in the trading world. While the US and China might be facing off in the in one of the largest trade wars ever seen by the world, they are not the only ones. South Korea and Japan have been having quite a bit of trouble over the past couple of months. The trouble started when Japan curbed certain exports to Korea, resulting from political pressure being applied by the South Korean judicial branch. South Korea has used this as a reason to further inflame the political pressurizing, with political posturing resulting in an increase in nationalistic tendencies within the general population. Japan soon abated the export curbs, but further measures were taken in order to show the country’s stance on the ongoing situation.

The export curbs that were imposed by Japan were related to a high tech material that is used within South Korea in order to produce some intermediate level goods used around the world. The relations between the two countries came under pressure after a decades-old wartime forced labour issue was brought up by South Korea. The courts in the country ordered Japanese companies to pay the forced labourers during the wartime colonization of South Korea by Japan. After some political pressuring and the diplomatic issues became more inflamed between the two countries, Japan has now cancelled the exports curb. According to them, this was done as a result of unfair labelling of Japan’s actions by South Korea as an embargo on all exports to South Korea. They believe that the country was using this as an excuse to further inflame the relationships between the two countries.

Despite the three high tech materials having been restored as exports, Japan has decided to keep applying diplomatic pressure to South Korea. Japan decided to make it clear, that the country would be intentionally expanding the export curbs again if they found that three materials – photoresists, fluorinated polyamides and hydrogen fluoride would be found to be applied in improper applications. Some of the materials can, after all, be used in the creation of weapons. South Korea has been using these materials in order to produce smartphones by Samsung, which are being sold across the world. Even the initial curbing was, according to Japan, done because of some security reasons that will remain undisclosed.

The erosion of trust between the two counties has been ongoing, specifically since the above-mentioned court rulings in South Korea. Japan believes that this issue was solved in 1965 through a treaty which was normalizing bilateral ties. Despite this, South Korea still made the ruling and believes that the rulings are significant and should be addressed with respect. The president of South Korea said that the export curbs imposed by Japan were nothing but a way for Japan to erode the trust that the world has towards it. He said that the use of an industrial advantage in order to hurt another country might be useful for now, but it is only going to be hurting Japan, as there are no winners in export curbs and trade wars, but only losers on all sides.

Despite the abatement of export curbs, Japan is further continuing to apply pressure, by removing South Korea from its exports white list. The white list has been in place for a long time and has been used by the country as a way to fast track exports to certain countries. By removing South Korea from the list, the exports to the country will now have to go through a lengthier process and make it harder for South Korea to receive the products needed for smartphone production. This was used by the President of Japan as a way to show South Korea that despite the exports issues being eased, the diplomatic issues have to be solved and that the problems are not over yet.

South Korea was supposed to retaliate by removing Japan from its own white list, but the decision to do so has been put off for now. But South Kore did say they were going to be imposing restrictions on imports of Coal Ashes, which are used to produce cement within the country, and specifically this would be done to imports from Japan. The two countries seem to be looking for ways to escalate trade wars without hurting each other too much, and without hurting one of the biggest industries in the world: Smartphones.

The damage done to the industry by the two countries could be quite immense. Japan and South Korea are the two largest chip producers in the world, supplying Samsung and almost the entire world with a vital ingredient to a product that is used every day by seemingly everyone. Japan showcased how important it is in the supply chain by curbing the exports. Samsung would be the company hurt the most by these trade wars, as the company is releasing a new flagship product in the near future. If the two countries continue to escalate, the supply chain might be hurt and the world might see a drop in the number of phones that Samsung is able to produce.