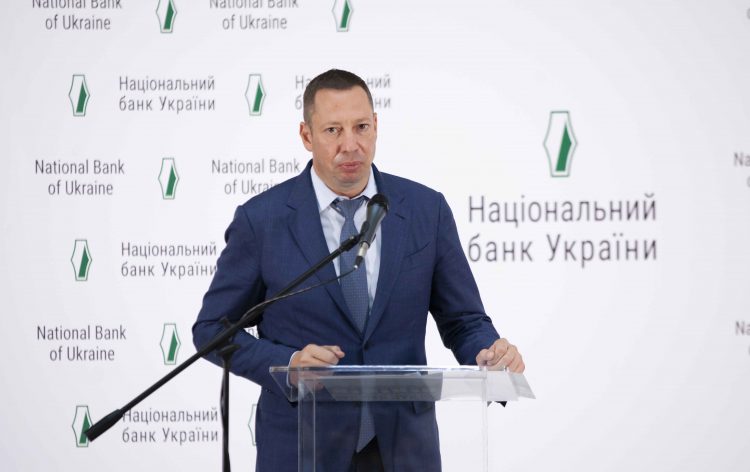 Ukraine’s Central Bank has a new governor, Kyrylo Shevchenko. The new governor talked about his plans on Monday, noting that he will work very hard with his team to maintain the independence of the central bank of the country, he also added that he will continue to actively cooperate with the International Monetary Fund, while also working on to cut interest rates.

The words of the new governor might come across as being reassuring for the market after the scandalous exit of the previous governor, who made many of the investors leave the market and who caused the government of the country to postpone a Eurobond sale.

Yakiv Smoliy, the previous governor, left the position a little time ago, according to him, the decision was made because of the huge political pressure. His resignation came just a month after Ukraine had signed a new $5 billion deal with the IMF, to ensure the independence of the central bank.

Yakiv Smoliy is a well-known Ukrainian economist and banker, he was the Chairman of the National Bank of Ukraine for almost 3 years. During his time in the office, his main goal was to maintain price stability, promote economic growth, and to integrate the economy of the country into the European financial system.

The new governor, promises to work very hard to maintain the independence of the central bank. As he said, while speaking alongside President Zelenskiy, the decisions will continue to be made professionally and economically. He also said that the National Bank of Ukraine ‘should continue the policy of lowering the discount rate,’ which, according to him, will lead to ‘cheaper loans for the final borrower’.

The president also showed his support to the independent central bank. “It is difficult to say how many times the thesis that the head of the NBU should be independent has been voiced, and I, as the president of Ukraine, fully support this idea,” added Zelenskiy. He also said that the National Bank of Ukraine should remain a pillar of macroeconomic stability.

The previous governor resigned at the beginning of July, according to him, the main reason for his resignation is that the central bank is being pressured to make bad decisions by the leaders of the country. At the same time, the government of the country has many times denied any type of interference in the work of the central bank, while also stating that they support the free and independent central bank.

Smoliy’s time in the office has been criticized by many, however, at the same time, he brought interest rates down to their lowest level in the history of independent Ukraine, which today stands at 6 percent. However, one of the. the biggest reason for criticizing him was that he did not lower the rate quickly enough.

The first meeting regarding the rate-setting under the leadership of the new governor is scheduled to take place on Thursday. “I put Ukraine and the public interest above all else, as should anyone working in the public sector,” noted the new governor, while also hoping for the changes to come in the coming few years.

The President of Ukraine nominated Shevchencko to head the national bank of the country. The Parliament has supported the nomination on July 16, the new leader has recieved the support of 332 members of the Parliament. He is the 11th governor to lead the central bank of the country since the independence of the country in 1991. He has been working on the banking sector for 26 years now, during his career, he has serves as the Head of the State Mortgage Institution and worked at Oschadbank, Bank Finance, and Credit, and Raiffesain Bank Aval.

The National Bank of Ukraine is responsible for the development of the Monetary Policy of the country, it is also integrated into the European community of national central banks. To make sure that the bank is integrated into the international community, the bank is working to create a sustainable financial ecosystem, working on improving financial awareness and the development of financial technology innovation.