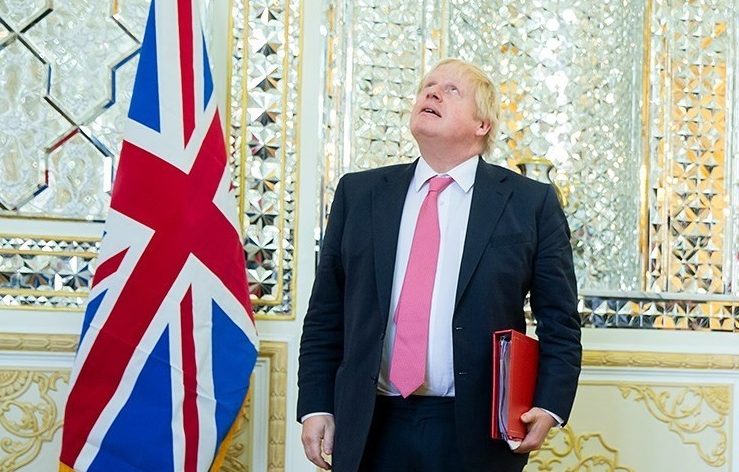 The Brtish pound has fallen to a 28 month low, as the uncertainty for the future of the Union seems to only persist with the introduction of the new prime minister into the office. The fall has been part of the ongoing trend, following the decision to introduce Johnson as the leader of the government on Tuesday. The sharp fall is being seen as both a warning of some of the hardest economic times to come in case of the no-deal Brexit that is being pushed by the ruling party, as well as a sign of the further rising instability within the country, as October approaches. Those who understand the Sterling and its movements are saying that this is only a showcase of how the country is going to be suffering and how the stability of the Union is affecting the economic health of the entire country.

A significant chunk of the population has long been expressing regret on the subject of the UK leaving the EU as a result of the single referendum that took place in 2016. Since then, the ruling party seems to have been pushing to for the no-deal Brexit, calling it the only solution to the British problems. Now that the push is becoming more and more unpopular among the general population of the country, the party seems to be shifting blame. According to them, the EU is doing whatever they can in order to prevent any kind of deal being struck between the sides, as the Eu leadership is being stubborn on the terms of the exit.

The EU has made it their position on the subject of the terms of leaving official. They will not be allowing the same trading terms and the same level of freedom as the UK has been enjoying as part of the EU. Instead, the UK would be required to comply with all of the same requirements that are faced by non-EU member states. The fact that the UK does not want to face these terms means that they are being stubborn and more willing to accept the no-deal Brexit than to actually produce a deal that would make sense, or alternatively come up with a solution that would be beneficial for the country in general.

According to Johnson, the EU is going to reverse the decision to not accept the deal that Theresa May was able to come up with the previous year, but was unable to push through the British Parliament. His bet is that Germany and France will be willing to save Britain from leaving the EU on terrible terms by accepting some of the terms that the Brits could not agree to in the first place.

It seems that the longer the Brexit issue persists, the more likely it is becoming one of the biggest issues of the generation to the Brits. The obvious existential threat that Brexit is starting to represent to the Union is becoming more and more obvious, as two parts of the country are becoming more partial to the thought of leaving the Union altogether so that they can remain as part of the EU. Scotland and Northern Ireland voted to stay within the EU in the original referendum, and now that the UK is altogether leaving without a deal, the two are thinking of leaving the UK in favour of the EU. This decision is being carefully considered by the leadership of the two countries as the October deadline draws closer and closer every day.

The threat to the Union is becoming the most obvious through the fall of the value of the Pound, which has been in seeming freefall for a week now. This is the direct result of the current leadership of the country, combined with the fact that there is a threat to the stability of the region altogether. A no-deal Brexit would reignite many of the issues that have not been a problem for many decades, while also causing the kind of damage to the political situation that would be impossible to easily recover from.

The fall of the British pound is thus expected to continue until something resembling a better solution is not realized by the local leadership. Until then, it might be wise to stay away from the British pound an investment.