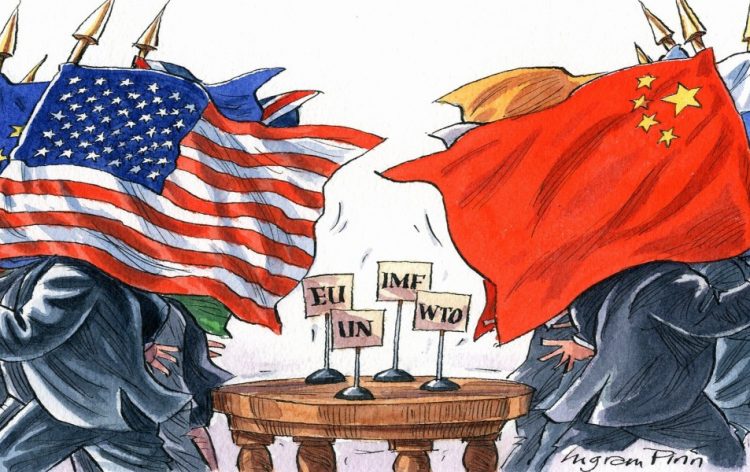 The trade war between the US-China has been going on for a while now. Both parties have been trying to achieve the terms of trade that are beneficial to them. With the mounting pressure from other countries, the two parties have also sat together on several occasions to solve the ongoing crisis.

According to the Chinese Vice Foreign Minister Le Yucheng, the ongoing talks are going forward, and there’s already some progress being made.

Yucheng has stressed the importance of mutual respect and the desire to make peace in both countries. At the Xiangshan Forum in Beijing, the minister mentioned that the whole world is watching the ongoing trade war and wants China and the US to end their disagreement.

“As long as we respect each other and seek equal cooperation, there are no disagreements that cannot be resolved between China and the United States,” said the minister. “What China wants is to deliver a better life for the Chinese people. We don’t want to take anything from anyone else. There’s no such thing as China replacing anyone or threatening anyone,” he added.

The US is to blame

However, he also used the term “de-coupling” to describe the intentions of the US. According to Yucheng, China is concerned that the US wants to sever the economic, as well as political relations with it and wants to cut any ties with it completely.

When it comes to the interests of China and its people, the Vice Foreign Minister has been pretty vocal about it. “No one should expect China to swallow the bitter consequences of undermining its interests, whether on the land or at sea, whether it’s Taiwan, Hong Kong, Xinjiang or Tibet,” he said.

With 15% new tariffs imposed on about $112 billion Chinese exports by the US, China’s Foreign Ministry has accused the US of its “sinister intentions”. According to Yucheng, with China’s development, the world has become a better place and it won’t let countries like the US undermine their achievements.

To retaliate, China has also imposed 5% to 10% percent tariffs on some $5.1 billion US imports recently. These tip-for-tat retaliatory measures have been going on for more than a year now and the world is wondering whether it’s the start of the new “Cold War”.