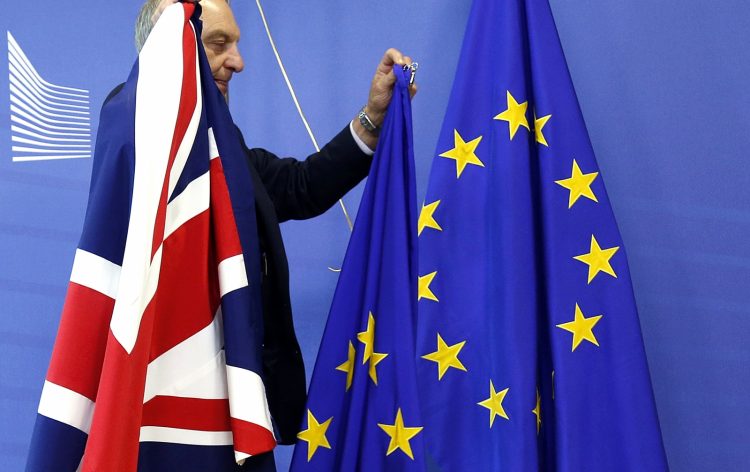 While the entire globe has been facing economic uncertainty, few are going to be going through as much trouble as Britain in the coming months. The troubles, it seems, have already begun as the British GDP has shrunk for the first time since the financial crisis. Many are taking this as a sign of things to come, and they are not wrong. In a world where trade is faltering, and where the global rates of production and consumption are falling, it is not surprising that the country leaving the biggest economic alliance is about to lose a lot of what it has managed to grow over the years. The situation is turning out direr than imagined, but there are notes of short term positivity in the overall doom and gloom of Brexit. They just have to be looked at very hard to be seen.

The Brexit commitment hurting the country

Since Boris Johnson was brought into the leadership of the government, the UK has been facing quite a number of issues. First, the British Pound was sent low as news of his hardline Brexit plans were unveiled, now, continuing his Brexit rhetoric has caused the UK to lose confidence within its own businesses and industries, with investment falling continually over the weeks since his inauguration. Now, the UK has uncovered a 0.2% drop in the gross domestic product of the country, an unexpected change in the state of the country that is showing how dangerous the state of the country is. Certain individuals within the economy are saying that this is only a sign of things to come, and while the second-quarter report might be pessimistic, there will come harder times for the UK in the near future.

The news of the fall has become a showcase of the fear and lack of faith that the UK has for its own future in the coming years. The productivity of the country seems to be under question. but Britain is not the only country doubting its continued success, with the lack of trust being reflected in the lowering of the value of Pound on the international markets. The most recent data shows the pound sitting at 1.2117, a far cry from what it was almost two months ago. Although the fears for the value of the pound are not the only issue being seen by those in the country. What most economists are fearing is another quarterly decline report in the near future, which would spell the end of the long growth period of the country and the start of a technical recession, one that has arrived a quarter earlier than expected.

The decline has been what the Central Bank feared would happen. The bank has been clamouring for a need of interest rate cuts so that the economy could be kept afloat and alive through the hard times that it is about to face. But, at the moment, the Central Bank of England is refraining of cutting rates, as they fear it might produce a worst-case scenario. The leadership of the bank believes that a no-deal Brexit would result in a high rate of inflation while also pushing the total production down, putting the country and the Bank in a tough spot. The current global situation combined with the local situation in Britain spells a bad time.

According to recent data, the second quarter saw:

First to hurt in a bad context

The global backdrop is not helping the situation within Britain, at all. The current trade wars taking place, between some of the largest economies in the world, have produced a global economic slowdown. Europe, the US and China are all facing issues in their growth rate, dealing with some very hard times in keeping their economies rolling into growth as well. The US has cut interest rates, and Europe is talking about doing the same thing in the near future. China is going through a production slump while Japan and South Korea are enjoying themselves a trade war as well. This means that the entire world is having issues with consumption and production. The only hope that Britain had, in the case of a no-deal Brexit, was for the international backdrop to allow some kind of cheap trade and production to continue. But, so far, it seems that the global economic slow down is going to be making things harder.

Furthermore, it seems that the fact that the world has a slowing international trade and economic growth has resulted in the British economy going into a phase of really bad times earlier than expected. As the world fears the worst in terms of economic growth, Britain is hit the worst and the earliest, as the country has managed to make itself the most vulnerable at the moment. With international communities having less trust in an economy already on the precipice of a terrible decision, Britain might see the entire world’s trading community turn their backs on them. Brexit was not going to be anything easy to deal with at any point in the history of the concept. But the current global situation has only made the predicament of the UK that much harder to deal with.