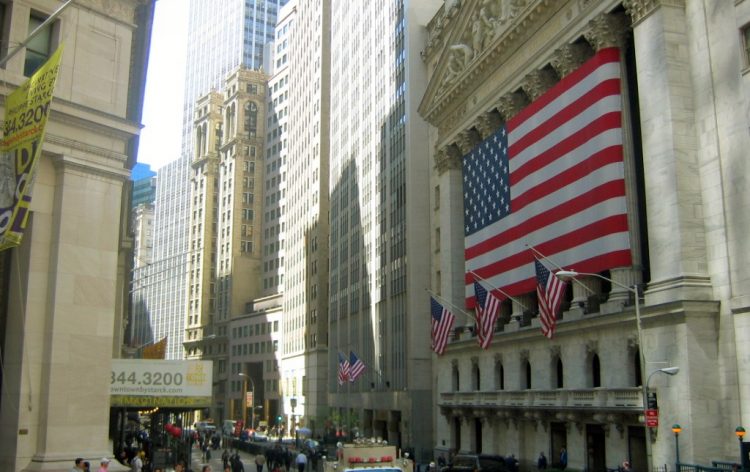 The outbreak of COVID-19 pandemic continues its march across the United States and little hope is left for the economic assistance package to derive from the political turmoil amidst the upcoming elections. The state of the US national economy seems to be worse than any experts could have imagined – a notion that is well reflected in the numbers of the applicants claiming unemployment benefits. While most economists expected a maximum of 825, 000 claims, the week ending on October 10th saw a total of 898 000 applications. With the reduction of NY manufacturing activity and the existing stimulus almost running out, one can hardly expect the US economy to recover any time soon.

Wall Street Indexes In A Steady Decline – How Bad Is Bad?

With Wall Street indexes falling for the third day running and the S&P 500 4% below its intraday record, which peaked on Sept 2, there is concern that it will be difficult to replicate last week’s rise to within 1% of said peak.

As the fears of the demand for oil to plunge even further persist, energy stocks drop by more than 1%, and the oil price decreased by over 2%. Other industries such as retail banks and airlines continue to take a severe hit from the outbreak of the global pandemic – United Airlines saw its quarterly revenues sink by 78%.

However, there is still some light amidst the widespread dimness of Wall Street. Major pharmaceuticals, such as Walgreens Boots Alliance Inc. have received a positive forecast for the upcoming 2021 and saw an increase of 3% after the quarterly report showed some impressive profits. Similarly, one of the world’s leading providers of financial services, Morgan Stanley, exceeded expectations of its quarterly profits and forged ahead with an increase of 0.6%.

Meanwhile, in a new wave of complete uncertainty and confusion, President Trump has made yet another conflicting statement about the disputed stimulus package. Initially disregarding the package proposed by Democrats, Trump has now announced that he would like the package to be much bigger in size, adding that he would be able to increase it by taking the money away from China. Amidst the new promises, it seems like the State Treasury Secretary Steven Mnuchin is more in favor of the package and the language of testing proposed by Nancy Pelosi. Nevertheless, with no clear solution in sight, America is eagerly waiting for the second round of the US Presidential Debates, in hopes that this time they will be more informative and less personal than the first ones.