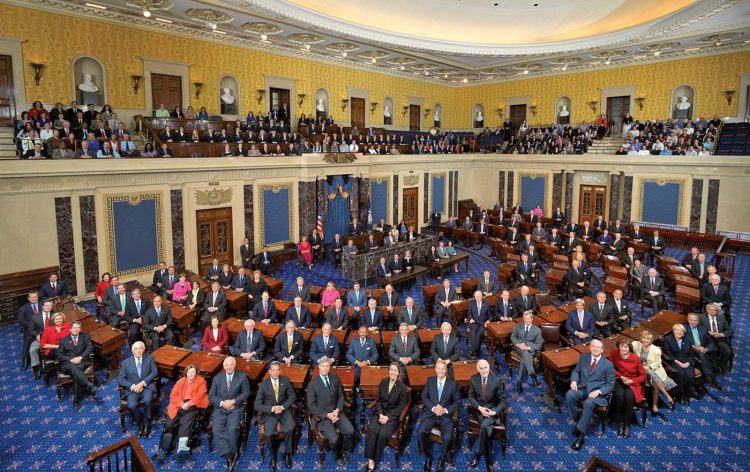 A group of US senators, consisting of Republicans and Democrats, plans to introduce a bill that will expand sanctions on the Nord Stream 2 gas pipeline. First of all, it is proposed to impose sanctions against companies that insure Russian vessels working on the completion of the pipeline, Bloomberg writes.

One of the senators who is actively advocating the adoption of the bill is Ted Cruz. He said that the pipeline poses a critical threat to America’s national security and cannot be completed. In his opinion, Russian President Vladimir Putin is trying to circumvent the sanctions passed by Congress last year.

As an argument against the construction of the gas pipeline, it is also suggested that it threatens Ukraine, the energy independence of Europe and gives Russia the opportunity to exploit the key allies of the United States. The Americans are confident that the supply of Russian gas will provide the Kremlin with more leverage for pressure on the EU countries, which Washington has repeatedly proposed to buy American liquefied natural gas instead of Russian.

Last year, US senators’ attempts to impose sanctions against the Russian project were successful: the 2020 national defence bill lobbied by Cruz and several other members of Congress was passed and signed by the president, after which Allseas Group SA, which was engaged in pipe-laying at a depth of more than 30 meters, stopped working. The project itself was stopped just a few weeks before the expected completion. The Russian Gazprom announced that it could build the gas pipeline on its own, and now sent two Russian ships to the German port of Mukran, which is located near the worksite, to continue laying pipes.

New sanctions may include companies that re-equip and retool pipe-laying vessels, as well as owners of auxiliary vessels involved in construction and the already mentioned insurance companies that provide insurance or reinsurance services for vessels operating on the pipeline. Sanctions also threaten individuals who provide port services for ships involved in the construction of the gas pipeline, as well as facilities for modernizing ships and welding equipment.

The two Russian vessels that are due to complete the remaining work on additional pipe laying and that have been sanctioned are Academician Chersky and Fortuna. Each of them has the tools necessary to complete the work, but they must act in conjunction with each other. The US bill also includes measures to prevent evasion of sanctions by transferring ships from one company to another.