In Denial or in Delay – On Brexit and More 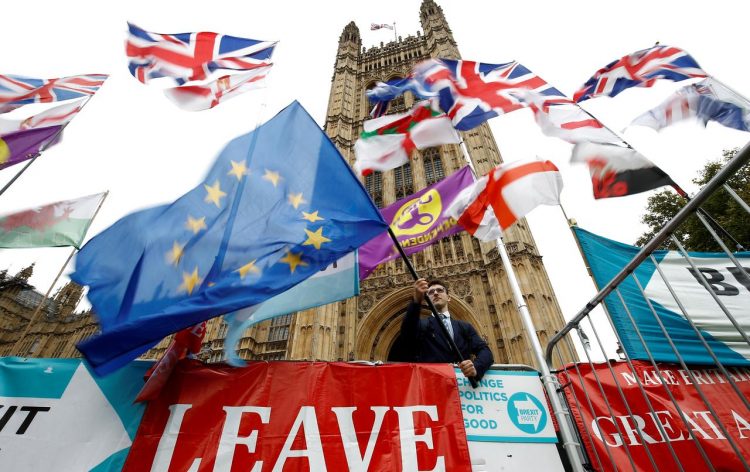 The UK’s extension request has been accepted. The Brexit date is now officially delayed until 31 2020 and the reactions are as mixed as they can get.

Even though, Prime Minister Boris Johnson had previously implied that 31 October would be the UK’s ”do or die” date, that certainly does not seem to the case now. Upon agreeing on a deal with the EU though, the bill implementation process is still in need of going through Parliament. It is also important to point out that if MPs allow the deal to pass, the UK has a chance to leave the EU earlier than 31 January.

In addition, the members of the Parliament rejected Mr Johnson’s calls for an early general election on 12 December. This is the third time that MPs have done so with regards to the election motions proposed by Johnson. The latter originally wanted an election to take place on 15 October. In order for it to happen though, two-thirds of all MPs, in total 434, have to support an early election under the Fixed-term Parliaments Act.

However, there seem to be alternative ways toward the election realisation. Namely, a short bill which introduces certain alterations to the Fixed-term Parliaments Act. The government is planning to give this route a shot. MPs are said to vote on Tuesday for an election to be held on 12 December.

In spite of only a simple majority being required for the route to pass, it may still feature complications of some sort. In particular, if the representatives of the oppositional MPs try to amend it. On top of that, it will still have to go through not only the House of Commons but the House of Lords as well.

There was quite an identical plan with regards to a short bill for the earlier general election proposed by the Liberal \Democracts and the Scottish National Party. They deemed an appropriate date for the election to be 9 December. However, it is yet unclear whether any of these opposition parties support the government’s bill or not. Labour has clearly stated that unless a no-deal Brexit is taken off the table, they are not planning to support an early election.

To give our readers a little bit of an insight into confuzzling Brexit jargon, a no-deal Brexit is a scenario in which the UK immediately leaves the EU, and there is no further agreement in relation to the divorce process. If this happens to be the case, the UK will have to leave single customs and market union which consists of the arrangements specifically designed to help trade between the members of the EU by eliminating checks and tariffs, taxes on imports. Since such conditions do not appear to be favourable even at prima facie, it is fairly understandable why the Labour party are so readily opposed to a no-deal scenario.

Vote of No Confidence

There have also been multiple instances of bringing up a vote of no confidence which the opposition could call in the government virtually at any point. Such a proposition is powerful in the sense that MPs from all parties are given the ability to decide whether they want the government to continue at all or not. It can potentially trigger a general election and the appointment of the new prime minister would become necessary. The leader of the Labour party, Jeremy Corbyn, has said in the past said he would consider such a motion.

If the no-confidence proposition is voted for by more MPs than it is voted against, there would be a 14-day gap. The latter would serve as a trial to test if the current government, or even a new one with a different prime minister, are capable of winning a vote of confidence. If, however, no one manages to do so, there will simply be a general election.

In addition, there is a probability for another referendum to take place. However, this would require a Brexit delay, as if there is not too much of it already, and a change of government would be very much likely.

The referendum would have an advisory character. In terms of legal status, it would be the same as the one which took place in 2016. It would only be required from the government to decide how to respond once the results become to be known.

An alternative route to the above-proposed referendum would be the confirmatory act of the same kind to be held. This would occur between a particular Brexit deal or possibly remain with no deal as an option. The outcomes of such kind of referendum would be legally binding.

Nonetheless, whatever fate referendum is met with, the new one would definitely require the legislation to be held. This would free some time and space for the Electoral Commission to think about the question-wording moreover if it is a referendum consisting of more than two options. According to the experts at the Constitution Unit at University College London claim that these processed, in total, would take a minimum of 22 weeks.

Under no exceptional circumstances, if there is no deal passed by Parliament, the UK will have to leave the European Union in the absence of one on 31 January 2020. Leaving without either a deal or a withdrawal agreement, the UK will have to face challenging financial calls. A number of businesses and politicians agree that this would substantially damage the country’s economic condition. On the other hand, a lot of people deem the risks to be exaggerated.

In terms of legally approaching complete Brexit cancellation, there is an option of revoking Article 50. Although it does not seem like the current government is concerned with things to go into this direction at all. Thus, it would only be realistic to consider the actualisation of Article 50 revoking after the changes in government occur. The readiness to do so has been openly expressed by the Liberal Democrats when they declared that upon winning a majority in the House of Commons, they would rescind Article 50 and cancel Brexit Altogether.

Article 50 which is an important act representing a portion of the agreement known as the Lisbon Treaty, was first triggered by Theresa May on 29 March 2017. It started a two-year countdown, then anticipated so, to leaving the EU. Nevertheless, we have seen how this period has been extended twice and shall perhaps experience it again.