Home - Forex Analysis - Commodity - Best performing commodities of 2017 and their forecasts for 2018
Commodity
by Martin on December 6th, 2017

Best performing commodities of 2017 and their forecasts for 2018 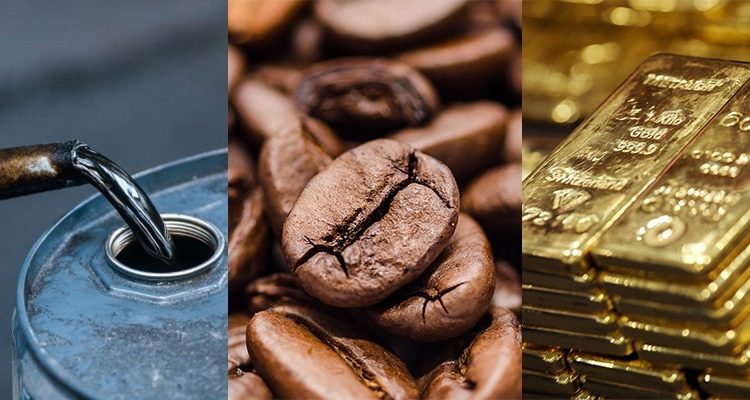 Given the current strength of the US stock market, it may be a bit surprising that gold too has managed to keep up and even beat the former. From the start of the year, gold has seen a 9.7% rise in value from $1,151 to the current market price of $1,263 per ounce. In fact, it had even reached $1,350 in September, which would have been a 17% gain. Meanwhile, the S&P index has also had a 17% gain at today’s market prices.

Several strategists have attributed the simultaneous rise of gold and stocks to market uncertainty. The rise in the stock market may be because of a strong US economy, but tensions on the political front have kept gold afloat. Investors are hedging risk, using gold while still taking advantage of the stock rally. Today, there are fears that the stock market may go on a correction due to uncertainty in politics, and that could be good news for gold.

However, for 2018, the experts are urging investors to buy more gold due to political instability. In this case, we can expect gold to keep rising in 2018, at least for the first half, and maintain its status among the best performing commodities.

Whereas gold may be on the up-and-up, palladium has had a romp in 2017. It is simply the at the top of the best-performing commodities list. Since the start of the year, an ounce of palladium has risen in value from about $680 and nearly doubled to $1,028. This rise of palladium has been attributed to both increasing demand and dwindling supply. A strong global economy has led to more demand for palladium, especially in the auto industry where the commodity is used to turn pollutants to less harmful emissions. Meanwhile, global mining investment has reduced, leading to a deficit.

According to Johnson Matthey, an industry leader, the supply deficit is likely to widen even further in 2018 even as demand increases. Therefore, I expect that the value of palladium will keep rising all through 2018 unless there is a change in global economics.

After recording enormous growth through most of the year, copper is finally taking a hit on doubts of global economic growth. Since the start of the year, copper had seen a 30% growth up to a 3-year high. However, since the commodity is US dollar dominated, hopes of a tax reform bill going through have caused it to drop in value recently. In 2018, the value of copper may stabilize upon demand from China after the ban of scrap metals. The law will come into effect in 2018, and that may cause copper to resume its current uptrend.