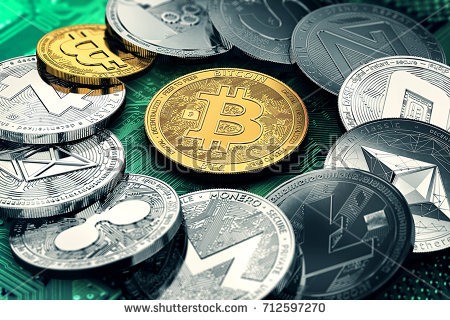 If you’ve owned Bitcoin since 2014, then your net worth hasn’t been hard hit by the recent drop in crypto prices. On the other hand, if you invested in the coin in December or early January, then you must have taken a real hit. Bitcoin price is back down to where it was in November 2017. Still, $200 billion of evaporated wealth for Bitcoin and $67 billion for Ethereum cryptocurrencies must have hurt some people.

Top gaining cryptocurrencies of the week

It is not all bad news though; the week that is coming to a close has seen some real gainers. In that week, E-coin crypto price has gained by as much as 780%. However, for the cryptos with larger market cap, we have come up with five of the top gainers of the week.

The coin shares the same transaction history with Bitcoin. This is until it branches and comes into a unique block from which it diverges. There will be a total of 210 million BCDs eventually. It is supposed to be a better coin in terms of privacy and transaction confirmation.

As at 0600 CET, the coin was trading at $53.26. This represented a rise of more than 33% rise since the week started. This is a decentralized P2P economic infrastructure which authenticates digital rights and at the same time turns digital information into assets through blockchain technology.

On February 4th, the coin was trading at $75. Even though the coin has gone down in the course of the week, its current price is higher than $46 which was the average price last week. The market cap of the coin is zero and the 24-hour volume was $43.4 million on 9th February.

This coin was trading for $52.6 at 0600 CET on 9th February. This represented a 35% increase since last week. This digital currency is named after a powerful Greek artifact of lore. Aidos Kuneen refers to the helmet of invisibility for Hades.

On February the 4th, the coin was going for $43. Over the week, the price rose to reach a high of $59 on Thursday. The highest price, however, for the coin was $108 on January 28th. The market cap for the coin is zero while the volumes traded in the past 24 hours stood at $3 million.

Early February 9th, this crypto was commanding a price of $0.215 which represented a rise of 25% over last week when the closing price was $0.174. This coin is a mobile-based Ethereum crypto. It is designed to enable browsing, chatting and making of payments securely over a decentralized network.

This digital currency has risen by a margin of over 25% in the past one week. Early morning of 9th February, the coin was trading for $0.11. It is based on Ethereum blockchain and is one of the leading virtual reality (VR) cryptos.