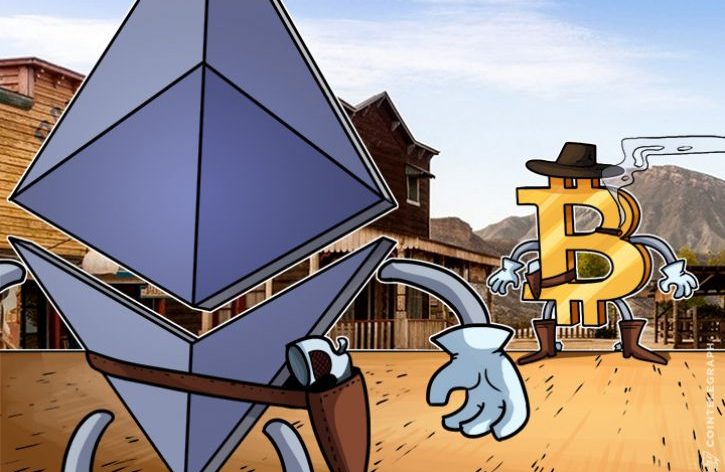 Blockchain is certainly going to be the trending topic throughout the year if the first third of 2017 is anything to go by. The hottest topic, if course, is bitcoin, which has increased in value by more than 80% and added $12 billion in market capitalization so far this year. On the other hand, Ethereum in 2017 may be more interesting to watch due to its unique platform. 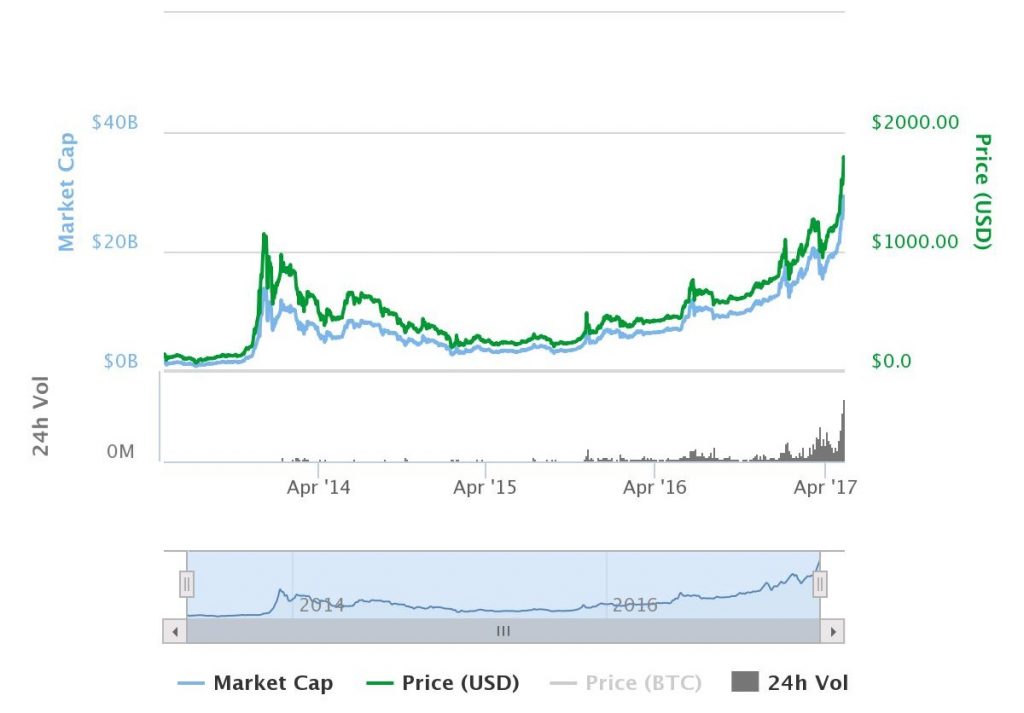 What makes Ethereum in 2017 unique?

Unlike other companies, which use blockchain just to build virtual currencies, Ethereum developers have made a platform with a wider variety of uses. Ethereum is becoming a part of a new version of blockchain referred to as Blockchain 2.0 because they provide a platform on which other applications can be run.

With Ethereum, enterprises can build their systems based on blockchain and circumvent the common IT problems. Most of all, blockchain increases security because there is reduced chances of fraud. Blockchain is decentralized and transactions need to be verified by several nodes on the network. That way, hacking and fraud can be reduced on systems, as well as other advantages.

Most unique, however, is the way in which new ether is created. Conventional cryptocurrency creation requires brute computing power to solve complex math problems. In reward, the computers get the virtual currency. This was how new ether is still being created, but the Ethereum Foundation developers are working on a proof-of-stake model called Casper.

The new model is basically virtual mining which would not require actual computation. Such a model would reduce inefficiencies, making Ethereum’s network faster than other cryptocurrencies while also improving scalability. Ethereum is also working on other improvements to their network which will make it quite different from any other blockchain company. 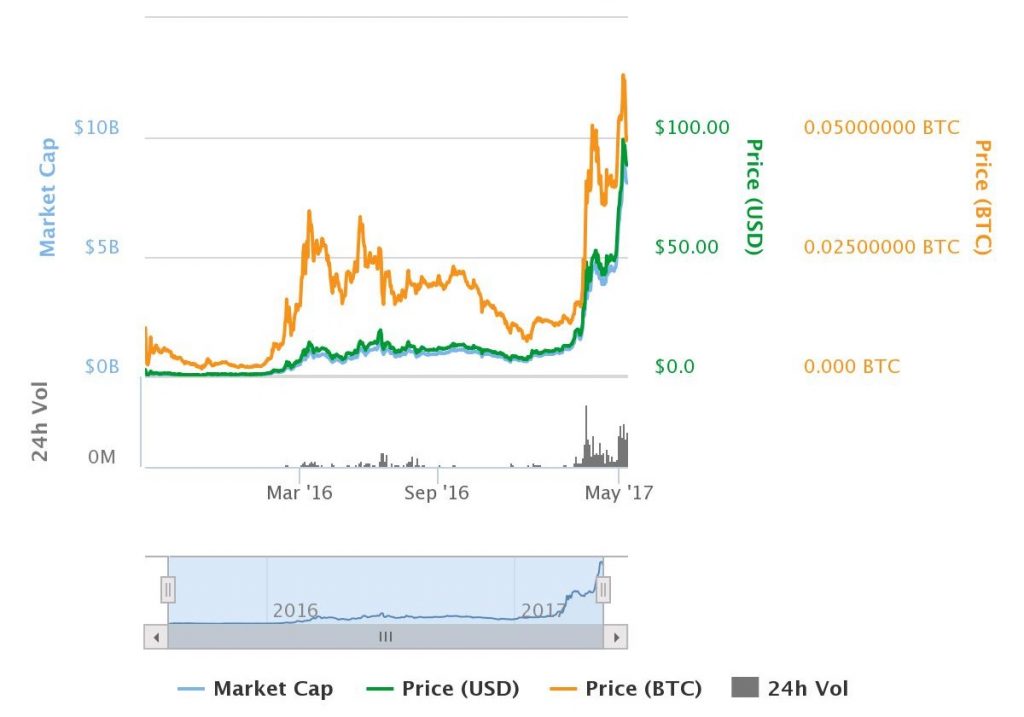 Performance of Ethereum in 2017

Ethereum is only just over 2 years old, having being launched in January 2015, and it is now miles ahead of where it began. It now has a market capitalization of more than $8 billion, is offered by the best crypto brokers with most of the gains coming this year alone. Ether value has also risen more than 10 times from about $8 at the start of the year to the current value of $88.

The rising value of ether has not been singular, since other cryptocurrencies have also experienced remarkable gains too. This signifies a wave of increasing acceptance and popularity toward cryptocurrency, and the only question is whether the wave is about to ebb soon.

Most experts believe that ether value will go up as the year goes by, but there is no certainty in this. Rising Ethereum value is a combination of interest in cryptocurrency and unique features offered by the Ethereum Foundation. Ethereum needs the latter to keep value going up when the former wanes.

The problem is that most of the features that would make Ethereum unique are experimental, like Casper. If implemented, it would certainly attract more miners and investors, but there is a fear of failure. Last year, Ethereum attempted to launch DAO, but a hacker managed to steal millions worth of ether. Vulnerability arises from these experimental features, which makes Ethereum value hard to predict.

The developers of Ethereum claim that the rewards are certainly worth the risk, which is true. What is sure is this, Ethereum’s unique features are enough to keep investors interested in 2017 and the value rising. Successful implementation would be very welcome, of course, but even failure will not keep Ethereum in 2017 down.