Challenges faced by the blockchain technology 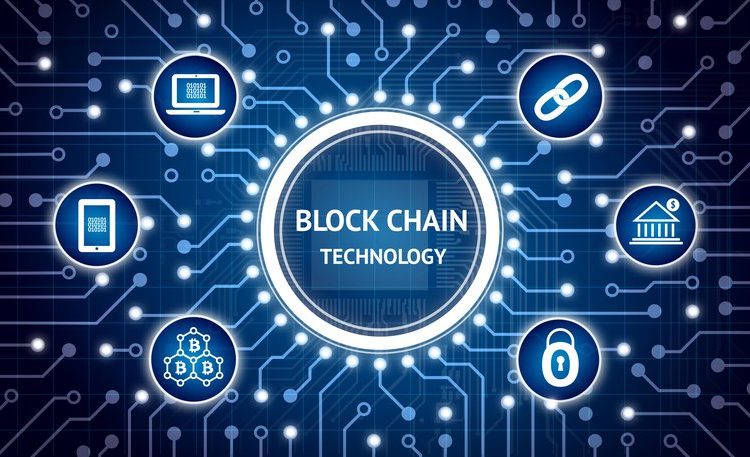 “The blockchain cannot be described just as a revolution. It is a tsunami-like phenomenon, slowly advancing and gradually enveloping everything along its way by the force of its progression,” – said William Mougayar, an author and a blockchain enthusiast. He is not the only one being awed by the capabilities of the new technology. Many people have compared the blockchain to the internet for its sheer potential to transform the world we live in. The Distributed Ledger Technology, which is at the center of the blockchain allows users to conduct businesses in a completely new way. Unlike what many might think, it is not confined to the financial world at all. On the opposite, the blockchain can be used to track all kinds of assets, even physical ones. Unfortunately, there are some challenges that stand in the way of blockchain, which might delay or complicated its adoption by the world.

Blockchain provides a way to keep a ledger of things without the need for a middleman. Up until now, because of the need for trust, people used intermediary businesses for tracking their assets. For example, banks have been entrusted with keeping a list of transactions of people. Without a bank, people would be free to misrepresent their true holdings and there would be a chaos in the financial world. Blockchain is completely trustless. What this means, is that every person has their ‘copy’ of the whole ledger. If a person tries to change something in the ledger, he/she will only be able to change her version of it, and the rest of the system will continue following the ‘true’ ledger. This is of course put in simply, but the general gist of the technology is that it allows a decentralized management of information and eliminates the need for intermediary businesses. Even though this system sounds appealing and it seems like many businesses from various sectors should be actively adopting it, there are some hindrances that the blockchain technology faces.

The speculative attention around cryptocurrencies

The most attention, up until now, the blockchain technology has been able to attract is because of the buzz around the cryptocurrencies. When the prices of these assets multiplied several thousand times in a matter of years, naturally, a lot of stories emerged of people becoming rich with very small investments. People got interested and started pouring in more money into these assets driving up the prices even further. Unfortunately, this interest was solely motivated by the hopes to increase the value of their holdings in the future, which is not something these coins were designed for. The number of people who purchased cryptocurrencies in order to transact with them is very low. Thus, a financial bubble has been created in the cryptocurrency market. The value of this coins has been inflated artificially. While this idea might not be accepted by everyone, it is mostly the people who are afraid to let go of the idea of overnight riches that are unwilling to see the speculation around these assets.

The speculation in the cryptocurrency markets is not technically the obstacle to the blockchain technology. Nevertheless, it creates a certain image that might put off some of the more risk-averse entrepreneurs as well as large institutions who might otherwise try to adopt the technology. How will blockchain be able to overcome this obstacle? While no one can pinpoint exactly when the speculation will die down or how many cycles of price hikes and falls the market will go through until the public decides that these assets aren’t worth it anymore, it is certain that eventually, the market will correct itself. This can happen with either a big sell-off that will flatten the prices of these coins or if the holding of these assets for speculative purposes is gradually substituted by another, more long-lasting purpose. The financial history has shown that it is usually the former case and the bubbles mostly burst painfully. Although, this unprecedented technology has already defied the statistics a few times.

For the less painful scenario to occur, it is important that the usability of these coins increases. Currently, there are only a handful of merchants that accept cryptocurrencies as a form of payment. Furthermore, people are rarely transacting with each other with these coins as well. If more stores start accepting cryptocurrencies people will start to regard these assets as a currency and the number of users holding coins for speculative purposes could decrease in proportion to those who want to transact with them. On the other hand, until the prices of these assets stabilize, merchants will be unwilling to accept them similarly to other fiat currencies. There’s also an opinion that cryptocurrencies are more like gold and less like fiat currencies in the sense that they are used as a store of value, but it is completely counterintuitive how an asset that exhibits this large price changes can be considered to be a store of value.

The bubble in cryptocurrency prices is as much of a challenge to the blockchain technology, as the dot-com bubble was to the internet. Although it was damaging to the economy, the dot-com bubble didn’t cause people to lose faith in the internet altogether and the technology survived and found ubiquitous use regardless. The stock prices of internet-related companies (some of them had nothing to do with the internet, but simply added .com at the end of their names to associate themselves with the new technology, something that is not uncommon in the ICOs) dropped and a large majority of companies were forced out of business. Those few that survived continued to operate successfully and today are few of the largest companies in the world. A development of a similar kind should not be surprising in the cryptocurrency and blockchain realm as well. 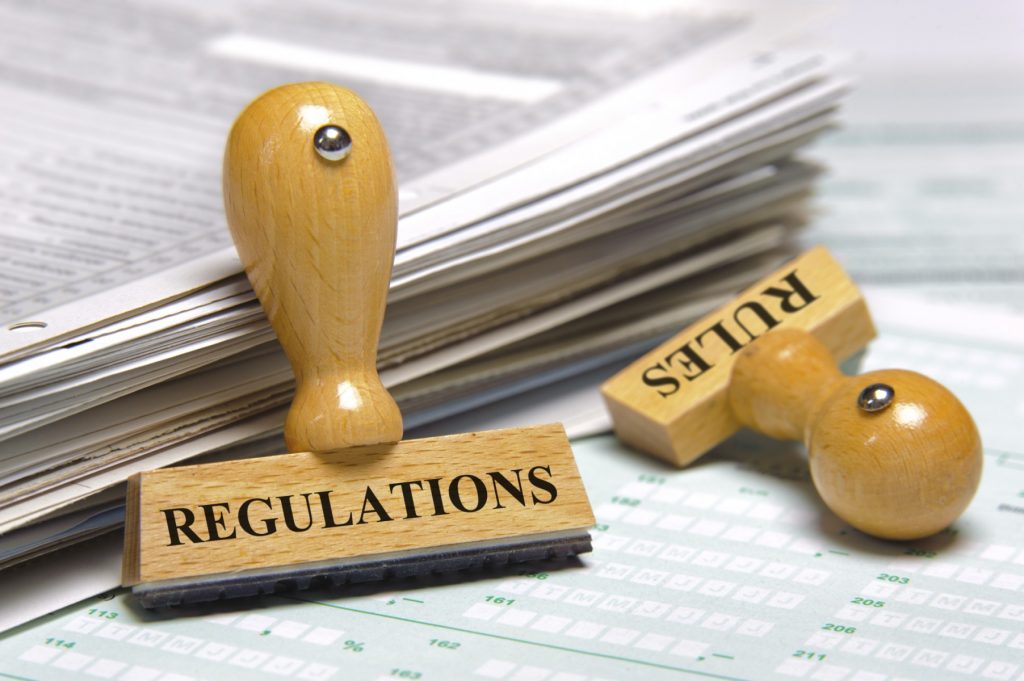 The lack of regulation

Another very important issue that is an obstacle to a lot of entrepreneurial activity is the lack of regulations. While some people might be comfortable with operating in the gray area, without a clearly established regulatory framework, many do not want to start working on a project only to be forced out of business a year later. Most countries around the world are in the process of developing the appropriate laws for the blockchain technology. While, this, up until now, has mainly concerned cryptocurrencies and related activities, in a matter of a few years many will have come up with regulations that should allow businesses to adopt the blockchain technology freely. Without regulations, many entrepreneurs are wary, because they might have to make drastic changes to their projects if they don’t foresee what the exact laws will be like. These changes will require a lot of resources and time that could be too much for a project to bear. Thus, the only solution they have is to wait until the authorities offer clear regulations or move to a territory that has the regulations. The latter option is costly as well.

This obstacle will disappear with time as countries start developing regulations for the blockchain technology and related activities. The status on regulations around the world right now is drastically different based on territories. Currently, the countries are faced with a choice of condoning the unregulated activities in order to attract businesses and capital or shutting down the market altogether in order to avoid future problems. Countries like Switzerland have chosen the former path and are considered a haven for cryptocurrency related projects, although it is uncertain what effects the risks taken on with this decision could have on the country’s financial stability. Others, like China, have put a ban on cryptocurrencies to stop money laundering and stifle the speculation. While these approaches differ drastically, they could both lead to the same result of a clearly defined regulatory framework.

The complexity of the technology and the lack of professionals

Although the blockchain facilitates many business processes for the end-users, it involves a fairly complicated technology. It requires a deep understanding of programming and computer science as well as the business it is built for. Furthermore, because it is so new, there is a lack of professionals on the job market. Most universities have not had time to adjust their curriculum to include this technology as profoundly as it is necessary. Therefore, those who have ideas to use the blockchain might not be able to find the right team to put those ideas into practice. Furthermore, the idea of blockchain is difficult to grasp as well without a lot of time put into research. It is not a simple idea that people can understand after reading one article or hearing from it about a friend. Consequently, entrepreneurs have a hard time coming up with the uses of blockchain technology and large institutions have to rely on a team hired for this specific purpose in order to generate new project ideas. This is why the quality of ICOs, that are supposed to be the practical implementations of the blockchain technology in various business fields, are of such a low quality. It has been estimated that over 95% of all ICOs fail within a year and a half.

Unfortunately, this problem can’t be solved easily, but the good news is that as long as the technology remains relevant and popular, the job market will gradually be filled with qualified people who have the knowledge to implement the ideas that entrepreneurs come up with. In addition, as people get more used to the workings of a Distributed Ledger Technology, business owners will find the use cases for it. After all, the internet might have been too difficult to understand for many a few decades ago, but today its uses are clear for many.

The lack of incentive

We have mentioned several times the power of blockchain to make the services offered by intermediary companies obsolete. While this could translate to more convenience and lower cost for the customers, for large corporations and financial institutions it means missing out on business. It might not be in their interest to allow decentralized versions of their services to exist. It is also clear that these established companies have immense power when it comes to the markets. They are usually the sources of finance for projects and they could very easily create serious problems for the entrepreneurs trying to use the blockchain technology. While there is no evidence yet to blame anyone for stifling innovation, it is because no serious projects have emerged yet. This could become a problem for the blockchain technology in the future when the institutions see a real risk of losing customers.

Although ICOs offer a way to sidestep the problem of acquiring financing from the established financial markets, these tokens face the same problems as other cryptocurrencies. The main reason why many ICOs have been able to raise the funds has been the speculation in the market. When this speculation dies down, people might have the same level of interest in these projects as they have in traditional crowdfunding platforms, which is not a lot.